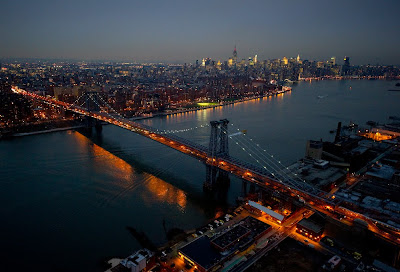 
EACH year some 30 million American men undergo testing for prostate-specific antigen, an enzyme made by the prostate. Approved by the Food and Drug Administration in 1994, the P.S.A. test is the most commonly used tool for detecting prostate cancer.

The test’s popularity has led to a hugely expensive public health disaster. It’s an issue I am painfully familiar with — I discovered P.S.A. in 1970. As Congress searches for ways to cut costs in our health care system, a significant savings could come from changing the way the antigen is used to screen for prostate cancer.

Americans spend an enormous amount testing for prostate cancer. The annual bill for P.S.A. screening is at least $3 billion, with much of it paid for by Medicare and the Veterans Administration.

Even then, the test is hardly more effective than a coin toss. As I’ve been trying to make clear for many years now, P.S.A. testing can’t detect prostate cancer and, more important, it can’t distinguish between the two types of prostate cancer — the one that will kill you and the one that won’t.

Instead, the test simply reveals how much of the prostate antigen a man has in his blood. Infections, over-the-counter drugs like ibuprofen, and benign swelling of the prostate can all elevate a man’s P.S.A. levels, but none of these factors signals cancer. Men with low readings might still harbor dangerous cancers, while those with high readings might be completely healthy.

In approving the procedure, the Food and Drug Administration relied heavily on a study that showed testing could detect 3.8 percent of prostate cancers, which was a better rate than the standard method, a digital rectal exam.

Still, 3.8 percent is a small number. Nevertheless, especially in the early days of screening, men with a reading over four nanograms per milliliter were sent for painful prostate biopsies. If the biopsy showed any signs of cancer, the patient was almost always pushed into surgery, intensive radiation or other damaging treatments.

The medical community is slowly turning against P.S.A. screening. Last year, The New England Journal of Medicine published results from the two largest studies of the screening procedure, one in Europe and one in the United States. The results from the American study show that over a period of 7 to 10 years, screening did not reduce the death rate in men 55 and over.

The European study showed a small decline in death rates, but also found that 48 men would need to be treated to save one life. That’s 47 men who, in all likelihood, can no longer function sexually or stay out of the bathroom for long.

So why is it still used? Because drug companies continue peddling the tests and advocacy groups push “prostate cancer awareness” by encouraging men to get screened. Shamefully, the American Urological Association still recommends screening, while the National Cancer Institute is vague on the issue, stating that the evidence is unclear.

The federal panel empowered to evaluate cancer screening tests, the Preventive Services Task Force, recently recommended against P.S.A. screening for men aged 75 or older. But the group has still not made a recommendation either way for younger men.

Prostate-specific antigen testing does have a place. After treatment for prostate cancer, for instance, a rapidly rising score indicates a return of the disease. And men with a family history of prostate cancer should probably get tested regularly. If their score starts skyrocketing, it could mean cancer.

But these uses are limited. Testing should absolutely not be deployed to screen the entire population of men over the age of 50, the outcome pushed by those who stand to profit.

I never dreamed that my discovery four decades ago would lead to such a profit-driven public health disaster. The medical community must confront reality and stop the inappropriate use of P.S.A. screening. Doing so would save billions of dollars and rescue millions of men from unnecessary, debilitating treatments.

Richard J. Ablin is a research professor of immunobiology and pathology at the University of Arizona College of Medicine and the president of the Robert Benjamin Ablin Foundation for Cancer Research.