Mitch Daniels Must Be President 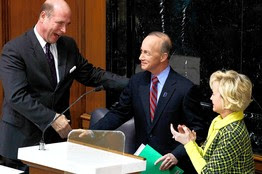 Indiana Gov. Mitch Daniels believes he faces a taller challenge as he ponders a White House run: Could voters warm to his message that the country is doomed unless it slashes its debt and radically revamps the popular Social Security and Medicare programs?

In any other year, a campaign platform that gloomy would render a politician toxic. Today, with concerns over the nation's fiscal health on the rise, the Indiana Republican's wonkish bravado is making some think he is a good fit for the moment. 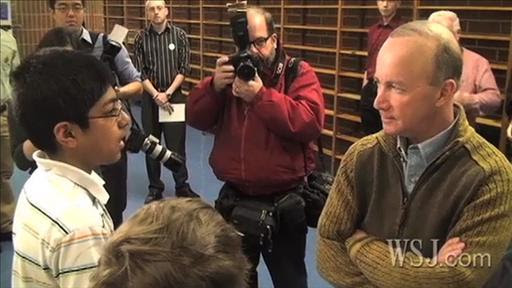 Gov. Mitch Daniels is tireless on the stump. But like many of his potential opponents, he's keeping coy on whether he'll make a run for the White House in 2012. WSJ's Neil King reports.

If the time is indeed right for Mr. Daniels's get-tough message, the angry budget standoffs in states such as Wisconsin, Ohio and New Jersey are also shining a new light on his credentials as a messenger. Mr. Daniels rescinded collective-bargaining rights for state employees six years ago—long before Wisconsin Gov. Scott Walker caused a firestorm by putting the same issue on the table.

Mr. Daniels also cut spending, trimmed the state work force to its smallest in decades, and turned a yawning deficit into a surplus, with only scattered outbursts of popular anger along the way.