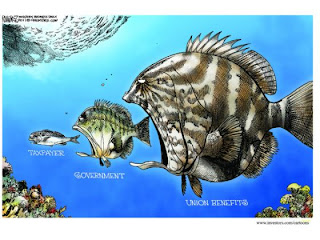 The National Transportation Safety Board wants a complete ban on cellphone use while driving, even on hands-free calls. Some will protest this as yet another government encroachment on freedom, but we should think twice before rocking the boat here.
After all, have you considered how lucky we are that the government lets us drive cars at all?
Imagine if cars hadn’t been around for a century, but instead were just invented today. Is there any way they’d be approved for individual use? It’s an era of bans on incandescent bulbs; if you suggested putting millions of internal-combustion engines out there, you’d get looks like you were Hitler proposing the Final Solution.

Even aside from pollution, the government wouldn’t allow the risks to safety.
“So you’re proposing that people speed around in tons of metal? You must mean only really smart, well-trained people?”
“No. Everyone. Even stupid people.”
“Won’t millions be killed?”
“Oh, no. Not that many. Just a little more than 40,000 a year.”
“And injuries?”
“Oh . . . millions.”

There’s no way that would get approved today.
Driving is basically a grandfathered freedom from back when people cared less about pollution and danger and valued progress and liberty over safety.