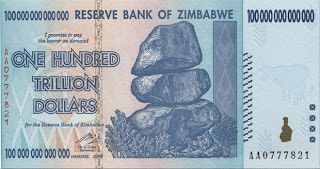 Excellent video. Ron Paul, speaking in the House of Representatives, that America will default on its debt.

Watch Ron Paul's short five minute speech about America defaulting on its debt. How we default is not by not sending out the checks, but through creating such massive inflation, that the checks won't buy anything.

He says that our debt for this year alone is not $1.6 trillion, but in reality $5 trillion. For one year! Ron Paul can be doing one of two things, either lying or telling the truth.

People who I greatly admire say Ron Paul is not the man for president. But these are desperate times. If we don't do something dramatic, we're setting ourselves up for destruction. Ron Paul is the most serious person I see that deals with America's most important problem, debt. Even crazy Islamofascism, Iran's nuclear weapons, sad to say, play a less important role than the path we're taking with America's debt.