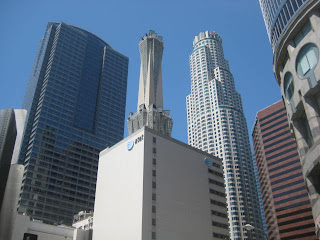 In the last few days, it seems every third liberal columnist and commentator has taken to libeling the Tea Party Movement, referring to it as (take your pick) terrorists, suicide bombers, hostage takers, the Hezbollah faction of the GOP, traitors, nihilists, anarchists and people suffering from halitosis. (The last reference is made up; the rest of the descriptions are real.) Even a few politicians are getting into the act.

“We have negotiated with terrorists,” Representative Mike Doyle said in a recent meeting between Democrats in Congress and Vice President Biden. “This small group of terrorists have made it impossible to spend any money.” And according to several sources in the room, Biden added his two cents, saying, “They have acted like terrorists.” (Biden denied using the “terrorism word” to CBS’s Scott Pelley. His role was to act as group psychiatrist. “I just let them vent,” Biden claims.)


All of this is terribly confusing to me. After all, during President Obama’s Tucson speech-qua-sermon, he told us that in the aftermath of the shooting of Representative Gabrielle Giffords it was important that “we are talking with each other in a way that heals, not a way that wounds.” We need to “sharpen our instincts for empathy.” And then there was this: “We can question each other’s ideas without questioning each other’s love of country.”

I don’t know about you, but it’s not quite clear to me how accusing one’s (law-abiding) fellow citizens of being terrorists and part of the “Hezbollah faction of the GOP” helps us to heal and sharpens our instincts for empathy. In fact, I’d go so far as to say those words are meant to wound. You might even conclude from what liberals are saying the Tea Party Movement is comprised of people who aren’t simply wrong but who don’t love their country.

What gets me is that the shooter in the Fort Hood massacre, Nidal Malik Hasan, was a muslim. And the reason he committed these murderous acts was because of his islamic beliefs. But go back to the major media leftest publications such as New York Times, Reuters, Washington Post, LA Times, and see if you see anything about him being a terrorist.

So the real terrorist gets protection from the Left, but Americans who would like to see our spending brought under control are called terrorists by the Left.