We've Figured Him Out 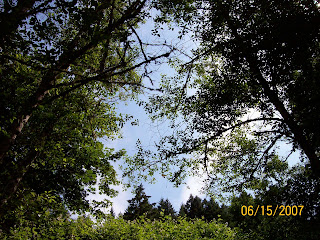 Why was President Barack Obama in such a hurry to get his socialized medicine bill passed? Because he and his cunning circle realize some basic truths:

The American people in their unimaginable kindness and trust voted for a pig in a poke in 2008.
(Pig in a poke means: an offering or deal that is foolishly accepted without being examined first. A poke means sack.)

They wanted so much to believe Barack Obama was somehow better and different from other ultra-leftists that they simply took him on faith.

They ignored his anti-white writings in his books.

They ignored his quiet acceptance of hysterical anti-American diatribes by his minister, Jeremiah Wright.

They ignored his refusal to explain years at a time of his life as a student.

They ignored his ultra-left record as a "community organizer," Illinois state legislator, and Senator.

The American people ignored his total zero of an academic record as a student and teacher, his complete lack of scholarship when he was being touted as a scholar.

Now, the American people are starting to wake up to the truth. Barack Obama is a super likeable super leftist, and not a fan of this country.

The American people have already awakened to the truth that the stimulus bill -- a great idea in theory -- was really an immense bribe to Democrat interest groups, and in no way helped all Americans.

The American people already know that Mr. Obama's plan to lower health costs while expanding coverage and bureaucracy is a myth, a promise of something that never was and never can be --
"a bureaucracy lowering costs in a free society." Either the costs go up or the free society goes away... an historical truth.

These are perilous times. Mrs. Hillary Clinton, our Secretary of State, has given Iran the go-ahead to have nuclear weapons, an unqualified betrayal of the nation. Now, we face a devastating loss of freedom at home in health care. It will be joined by controls on our lives to "protect us" from global warming, itself largely a fraud, if believed to be caused by man. She has also signed on to a Small Firearms Treaty at the U.N. This is a back door gun control move. This is approved by the Senate and a 2nd Amendment majority doesn't exist in the Senate now. It will supersede all U.S. Law and the 2nd Amendment. All citizen possession will be eliminated through confiscation. Just Like Great Britain and Australia .

Mr. Obama knows Americans are getting wise and will stop him if he delays at all in taking away our freedoms. There is his urgency and our opportunity. Once freedom is lost, America is lost. Wake up, beloved America .

Ben Stein is a writer, economist, and lawyer living in Beverly Hills and Malibu . He writes "Ben Stein's Diary" for every issue of The American Spectator.