What Does Obama Want? 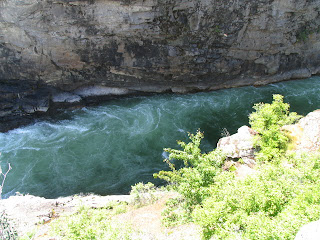 Q: What does Obama want?

A: He wants a huge, and permanent, increase in the size of government. This is the “change” he campaigned on, but never really described. The goal was to make the US into a European-style “Social Democracy”.

Q: Does he really think he can finance it indefinitely with huge deficits?

A: Of course not. The plan was to corner the Republicans and force them to agree to huge tax increases in order to pay for it. So spending was raised first, and eventually the Republicans would face the choice of raising taxes or having the national debt spiral up to clearly unsustainable levels.

Q: Are Democrats in the House and Senate on board with this plan?

A: Mostly they are.

Q: Why haven’t they been honest about it?

A: Because they know that the majority of American voters would object. They’re trying to sneak the program through, relying on the fact that once it’s in place it will create its own constituency.

Q: Why haven’t the Democrats passed a budget for the last two years?

A: Because if they did, the cat would be out of the bag. It would be impossible to hide their real agenda if it was all down in black-and-white.

Q: And Obamacare is part of this?

A: Yup. The real goal all along was “single payer”, but that wasn’t legislatively possible even in a D-majority congress. So the bill was set up so that private insurers would continue, but the terms which would be forced on them would make them “voluntarily” leave the market. With no insurers remaining, the Democrats would then “reluctantly” pass a single-payer system.

Q: Is this something new?

A: Hardly. It’s the continuation of a process that began with FDR, and made huge gains with LBJ’s “Great Society”. Reagan tried to reverse it but failed. (Also, Reagan had other things to worry about, like winning the Cold War.)

Q: Is Obama going to win on this?

A: Your time is up. Please insert another quarter.