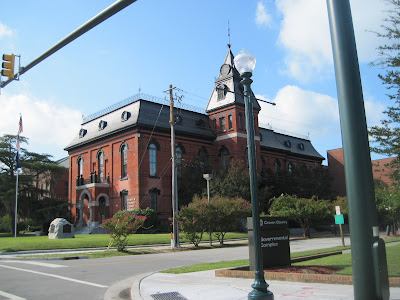 Below is an article about wealth accumulation and inheritance. He discusses the philosophy of Andrew Carnegie and the fascinating story of a former billionaire, Chuck Feeney. My apologies to Mr Feeney for this post, he had wished anonymity, but what an inspiring story.


On Wealth Accumulation and Inheritance

While most of us are busily engrossed in our oh-so-American habit of trying to accumulate unbounded wealth, it is instructive to remind ourselves of the words of philanthropic wisdom penned by Andrew Carnegie more than a century ago: "[T]he duty of the man of wealth . . . [is] to set an example of modest, unostentatious living, shunning display or extravagance; to provide moderately for the legitimate wants of those dependent upon him; and after doing so to consider all surplus revenues which come to him simply as trust funds which he is called upon to administer . . . to produce the most beneficial results for the community." (Andrew Carnegie, from essay on "Wealth" published in the North American Review, 1889)

A quintessential living example of Carnegie's model philanthropy of 1) living frugally, 2) providing modestly for the material well-being of family members, and 3) giving the remainder back to the community, is Chuck Feeney

Here's another article about this wonderful man.

and if you don't want to bust your budget, I just bought the book, "The Billionaire Who Wasn't, for $.01 on Amazon