We Lost Our Thomas Paine 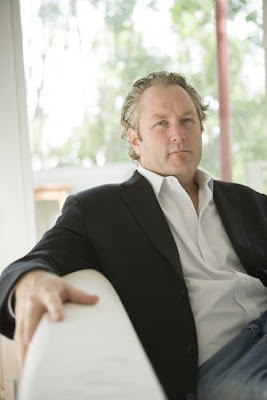 Andrew passed away unexpectedly from natural causes shortly after midnight this morning in Los Angeles.

We have lost a husband, a father, a son, a brother, a dear friend, a patriot and a happy warrior.
Andrew lived boldly, so that we more timid souls would dare to live freely and fully, and fight for the fragile liberty he showed us how to love.

Andrew recently wrote a new conclusion to his book, Righteous Indignation:
I love my job. I love fighting for what I believe in. I love having fun while doing it. I love reporting stories that the Complex refuses to report. I love fighting back, I love finding allies, and—famously—I enjoy making enemies.

Three years ago, I was mostly a behind-the-scenes guy who linked to stuff on a very popular website. I always wondered what it would be like to enter the public realm to fight for what I believe in. I’ve lost friends, perhaps dozens. But I’ve gained hundreds, thousands—who knows?—of allies. At the end of the day, I can look at myself in the mirror, and I sleep very well at night.

Andrew is at rest, yet the happy warrior lives on, in each of us.

God bless you Andrew. I will pick up the torch.

One thing that he [Breitbart] and Bill [Buckley] shared was this basic contempt for the premise that the mainstream liberal elite institutions in the United States are in a position to judge and adjudicate the worth of conservatives. That they are in a position to judge our souls. That if we disagree with liberals, that proves that we are somehow wanting or lacking in compassion; lacking in humanity. That is a fundamental thing that enraged Andrew, this idea that if you disagreed about public policy, if you disagreed about how to organize society, that proved you were a racist. That proved you were a fascist. That proved you were a homophobe. It was the fundamental bad faith of the leading liberal institutions that controlled the commanding heights of this culture that infuriated him. And he refused, at the most basic level, to give them that authority over him or his ideas, and that is was fueled his Righteous Indignation, as his book title called it.