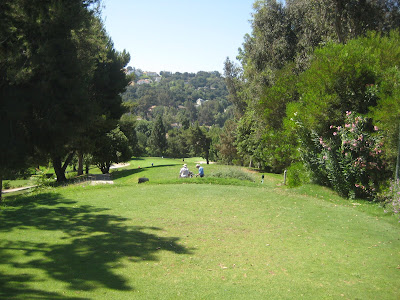 Ben Shapiro is a 26 year old syndicated columnist. At the time he was hired, he was the youngest in the country. He is a graduate of UCLA and Harvard Law School. He's also an Orthodox Jew. You can find more of his columns at www.Townhall.com

"American Jews, I have one request of you: please pull your heads out of your posteriors."

Dear American Jews,
I write to you as a charter member of the tribe. I'm not only Jewish, I'm religious. I'm married to an Israeli girl (she'll receive her citizenship next year and she is a proud soon-to-be American). I go to synagogue regularly, keep kosher, keep the Sabbath.

American Jews, I have one request of you: please pull your heads out of your posteriors.

I mean that in all sincerity. Your continued support for Democrats and an administration that is openly anti-Semitic is a disgrace. Your embrace of a party that seeks to hamstring Israel in the name of a wholly fictitious Middle East peace process is contemptible. Your loyalty to a president who consistently sides with Palestinian and Iranian mass murder-supporters is disgusting.

Your backing of a man who has spent his life surrounding himself with the worst anti-Semites America has to offer -- Jeremiah Wright, Rashid Khalidi (former Palestinian terrorist spokesman), Louis Farrakhan ("I don't like the way [Jews] leech on us"), Samantha Power, Robert Malley, to name a few -- is nothing short of reprehensible. Rahm Emanuel's presence in the Obama cabinet doesn't ameliorate Obama's anti-Semitism -- it just provides it convenient cover. Al Sharpton wrongly called Condoleezza Rice and Colin Powell "house negroes"; Emanuel is a kapo.

Even as you continue to buttress a president who seeks the destruction of your co-religionists, you demonstrate your myopia by rejecting the tea party movement and evangelical Christian Israel-supporters.

The tea party movement is your ally for three important reasons. First, it supports capitalism against the forces of socialism -- and capitalism keeps America strong enough to provide Israel with a hand against its evil adversaries. Second, American Jews are, by far, the highest-earning religious group in the United States -- the tea party fights for your right to keep your money. Third, the tea party stands against government overreach -- and in an era when government overreach promotes anti-religious secularism, Jews must stand with the tea party.

Your rejection of evangelical Christians is even more idiotic. Evangelical Christians are the only major voting bloc preventing President Obama from breaking ties with Israel. When Janet Porter, an evangelical Florida talk show host, heard about Obama's anti-Israel tyranny, she responded by asking her listeners to buy dozens of yellow roses to send to Prime Minister Benjamin Netanyahu's office as a show of support. The price per dozen: $19.48, in honor of the year of Israel's founding (1948). Over 14,000 flowers were delivered. Meanwhile, Adm. James Jones, Obama's national security adviser and the man who brought Jew-hater Zbigniew Brzezinski into Obama's inner circle, was busy telling anti-Semitic jokes before the Washington Institute for Near East Policy.

"But they want to convert us!" many American Jews shout. Not all Christians do. But for the rest -- so what? Would you sacrifice the support of millions of good-hearted Christians because they want to discuss Jesus with you? If your own belief system is so fragile, the weakness is yours, not theirs. While you expend energy whining about Jehovah's Witnesses who show up at your door with a Bible, Obama supports radical Muslims who would show up at your door with a gun -- or, as in the case of Daniel Pearl, a butcher's knife.

Now, I understand, American Jews, that most of you don't care about Israel.

I understand that you're more concerned about a woman's unconditional right to abort her unborn child (which Judaism rejects) than you are about Israel. Fine. Understand that you have removed yourself from the vast river of Jewish history in favor of a chimerical morality that values libertinism over liberty.

I understand that many of you -- all of you above age 70 -- still think FDR is alive. He isn't, but Jimmy Carter is.

I understand that some of you still think that conservatives and Republicans are the same folks they were during the 1950s, when they banned you from country clubs. They aren't.

The simple fact is this: There is only one mainstream political ideology in this country that asks you to check your principles and cultural history at the door in the name of the greater good -- leftism, the same ideology that virtually exterminated Judaism in Russia and Europe. While the left exploits your adherence to bagel-and-lox Judaism by appealing to your watered-down and perverted "tikkun olam" sensibilities, you are enabling your own destruction. The same people who urge you to reach out to terrorists will be the first to sacrifice you to those terrorists' tender mercies. The same people who urge you to worry about same-sex marriage rather than religious freedom will be the first to take your religious freedoms away.

I love you, my brothers and sisters. That's why I'm writing to you. Time is running out; the clock is winding down. Pick a side.

Email ThisBlogThis!Share to TwitterShare to FacebookShare to Pinterest
Labels: letter to jews