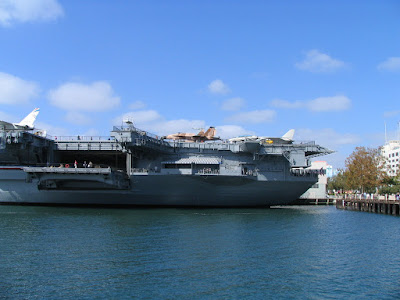 Rummy on Freedom [Andy McCarthy]
Former Defense Secretary Don Rumsfeld made remarks at a Pentagon ceremony today unveiling his portrait. Here is some of what he said:

Some might ask how our country has endured? Well, it should be no mystery. It is because we are a free people, blessed with a free political and a free economic system – Where we are: free to think and act; to believe and protest; to vote and petition; and, yes free to succeed, to fail, and to start again.

The night satellite image of the Korean Peninsula, my favorite as many of you know well, captured many miles above the earth, tells the whole story. Below the 38th parallel, South Korea is bathed in the light of dozens of cities, monuments to that nation’s freedom. In one of the most successful economies in the world, millions of South Koreans go about their work, creating opportunity and prosperity for themselves and their families. North of the DMZ is darkness. There live exactly the same people, with the same natural resources. But those millions of Koreans labor not for themselves or their families, but for a regime that enslaves them.

The stark difference between the free and the unfree is illuminated in that picture. The boundless energy of human beings is most assuredly not unleashed by governments of boundless power. That energy is unleashed only by free political institutions and free economic systems.

But because we are free, as a people, we face choices:

We can choose to engage with the world, strengthening alliances with our friends, expanding trade agreements, deterring potential foes, and taking the fight to them when necessary. Or we can retreat, or make the truly tragic mistake of modeling our country after systems that are obviously unsuccessful. If we choose the latter path, let there be no doubt, we are certain to fail the generations to follow.

On September 12, 2001, hard hats unfurled an American flag over the still burning and deeply scarred Pentagon. Joyce and I wanted to include that scene in this portrait because those traits of resilience and perseverance – while remarkable – are not uncommon for the men and women of this Department. They are what built and sustained this country. And they are what I saw every day in the men and women I served alongside in the months and years after the worst terrorist attack in our nation’s history.

To each of those who serve – military and civilian – or have served, and to your families, there will come a time when the achievements you’ve made, and the trials you’ve endured, will recede into history. But although time will pass, and memories fade, certain important things will remain always – your pride of service and the appreciation of a grateful nation.

This country – which has treated me so well, and which offers so much opportunity for us all – exists and prospers because the members of the United States armed forces, have stepped forward and volunteered to protect it. In a very real sense, America is their gift to the future.