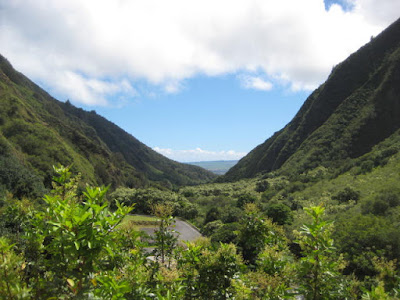 Have you ever been driving and a funeral procession drives by? And it seems to last forever? And then you think, "when I die how many will come to my funeral?".

And, I think, "Well, maybe my wife, if I'm lucky. My dog "Lady" too. They love me." And I think, "How sad, only my wife and my dog". But, I'm OK with that. In fact, with some of the arguments I have with my wife, I could scratch her off that very short list. So, I'm down to my dog. And while Lady is one smart dog, I don't think she's capable of making arrangements. So I guess I'll have to scratch her off the list too.

So I want to have a large funeral. And I thought it best if I prepare for it now. Would you my dear reader commit if I were to pay you in advance? Pray tell, how much do you think a few hours of your day is worth?

A former business partner committed suicide and a service was held today. We went on a boat in Long Beach and dumped his ashes with a biodegradable urn (very green, we were assured, it would dissolve because it was made out of salt. I wonder how much that little sucker cost).

Chris and I actually had a falling out when we dissolved (no pun intended) our business. We only spoke one time in the following years, though I still liked him. He was a good man. Chris was troubled and tried to commit suicide but was revived. The second time, he was successful. He knew he was going to end his life and leading to his death he gave away his possessions. He wanted to die and he did. I can't imagine what it was like to live in his head, but it must have been terrible to drive him to take such drastic measures.

The person who informed me of Chris's death was a previous girlfriend. She told me about the ceremony today, attended by around 30 people. Tears were shed, but the only one most effected was his daughter. Upon her first seeing me she had remembered me from years ago, (I didn't remember her), and I gave her a warm embrace. And I thought, "Wow, I'm like really not his friend, don't really know her, and this is probably the best hug she's gotten out of this whole gig".

Many of those who came were former clients of Chris. And those that worked with him, and others who were in the air conditioning business. Also his ex-wife, and just a few relatives.

And of course the minister. I'm guessing his cut to be around $500-$1000. He's the one who controlled the service, what there was of it, spoke some BS for around 3 minutes, and then a relative got to say a few heartfelt words.

(I go on notice here: When I die, there is to be no minister or whoever allowed at my funeral. I've never understood how in this most precious of time, remembering someone who we know and is no longer with us, we turn over the meeting to some mindless fuck who doesn't give a shit about the deceased and allow him to control the gathering. I'd rather those that are close to me, to say a few words about me, or tell a little story. I want someone connected with me, talking about me. And while the funeral might be about me, it's really not about me. It's about the people who come and how their life is intertwined with mine. Be sad, but tell stories that bring a smile to your face.)

So how many friends do I have. I have my wife. And I have one other friend. I have relatives, but being on the west coast, and they're on the east, I rarely see them and do not have close contact. So even though daily many people come into my life, if I were gone, for the most part it's no big deal.

I wonder how many people join clubs, etc., so that when they die, a lot of people will come to their funeral. Have you ever heard, "Wow, did you see how many people showed up at his funeral?"

Really, my wife and dog. My buddy Vic could fly down if he wants, but hey, don't bother. Pepe and Betty, my wife's parents. Good enough for me.

UCI, lick your chops. Your getting me when I'm gone. My wife thinks you'll be especially interested in my brain.