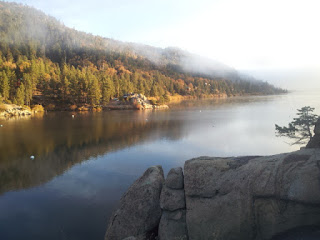 During a weekend trip to Hawaii to attend the Asia-Pacific Economic Cooperation summit, President Obama had some tough words for his own country. “We’ve been a little bit lazy, I think, over the last couple of decades,” he said.

That didn’t sit well with Washington Post columnist Charles Krauthammer, who fired back on Monday’s “Special Report” on the Fox News Channel. According to Krauthammer, Obama is willing to point out everyone’s shortcomings except his own.

“No one is asking him to go out there and to be a jingoistic cheerleader,” Krauthammer said. “But when you call your own country ‘lazy’ when you are abroad, and call it ‘unambitious and soft’ when you are home, I think what you are showing is not tough love, but ill-conceived, ill-concealed contempt.”

Krauthammer then blamed Obama, rather than the American people, for the poor state of the economy.

“Look: Why are people reluctant to invest?” he asked. “We have the highest corporate tax rate in the world — in the industrialized world. Obama has spoken about it. It’s the one issue on which the Republicans would have agreed on lowering that rate, eliminating the loopholes. And in three years in office, he has done nothing.”

Krauthamer also directed blame toward the National Labor Relations Board, charging the agency with “trying to shut down a $1 billion plant that was constructed as a favor to Obama union allies.”

“People look abroad and say, ‘This isn’t a place I want to do business,’” Krauthammer huffed. ”It’s his issues, his overregulation, over-taxation and all the red tape he has added. And now he blames Americans’ laziness? I think it’s unseemly.”