Are You A Liberal? 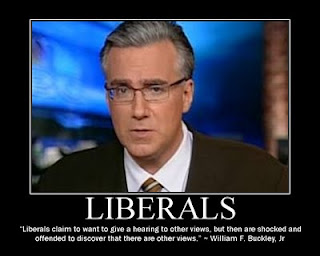 Many who think they are liberal, if they answer the questions below, might find otherwise. Now if you're a classic liberal, in the vein of Keith Olbermann, MSNBC, NY Times, Sean Penn--you answer "yes" to these questions below.

You say you are a liberal.

Do you believe the following?

1.Standards for admissions to universities, fire departments, etc. should be lowered for people of color.
2.Bilingual education for children of immigrants, rather than immersion in English, is good for them and for America.
3.Murderers should never be put to death.
4.During the Cold War, America should have adopted a nuclear arms freeze.
5.Colleges should not allow ROTC programs.
6.It was wrong to wage war against Saddam Hussein in the Gulf War.
7.Poor parents should not be allowed to have vouchers to send their children to private schools.
8.It is good that trial lawyers and teachers unions are the two biggest contributors to the Democratic Party.
9.Marriage should be redefined from male-female to any two people.
10.A married couple should not have more of a right to adopt a child than two men or two women.
11.The Boy Scouts should not be allowed to use parks or any other public places and should be prohibited from using churches and synagogues for their meetings.
12.The present high tax rates are good.
13.Speech codes on college campuses are good and American values are bad.
14.The Israelis and Palestinians are morally equivalent.
15.The United Nations is a moral force for good in the world, and therefore America should be subservient to it and such international institutions as a world court.
16.It is good that colleges have dropped hundreds of men's sports teams in order to meet gender-based quotas.
17.No abortions can be labeled immoral.
18.Restaurants should be prohibited by law from allowing customers to choose between a smoking and a non-smoking section.
19.High schools should make condoms available to students and teach them how to use them.
20.Racial profiling for terrorists is wrong -- a white American grandmother should as likely be searched as a Saudi young male.
21.Racism and poverty -- not a lack of fathers and a crisis of values -- are the primary causes of violent crime in the inner city.
22.It is wrong and unconstitutional for students to be told, "God bless you" at their graduation.
23.No culture is morally superior to any other.

Those are all liberal positions. How many of th