The post below is from a man whose blog is titled "Watch Me Lose 150 Pounds". It's just a wonderful post that is also my experience. Hope you enjoy. 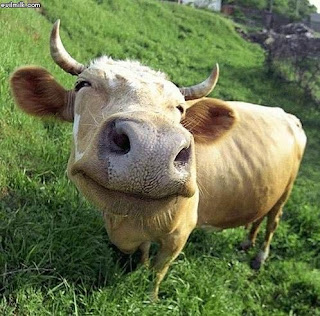 Originally, this plant based eating adventure was a cure for the health problems I’d caused with earlier dieting attempts. It is a selfish motive that centers around the person, as if they are more important than everyone and everything else. For me, this is very appealing and makes a lot of sense.

In the beginning of this life altering experience I was completely focused on me. Most Forks Over Knives converts are fueled by the fear of damage they’ve done and the hope of restoration and repair. As one of the newly converted, I spent the first several weeks calling myself a plant based dieter who was using food to heal myself.

As the weeks started to fly by and herbivore eating became more and more normal, there were several mind shifts that occurred in me. The smell of meat stopped bringing tears to my eyes. The thought of cheese stopped tormenting my dairy free soul. Fast food and sizzling meat commercials on TV began to turn my stomach rather than make it get all rumbly. I got the distinct impression that years of brain washing and compartmentalizing was coming undone during this time.

Another mind shift for me involved compassionate eating. Once I’d stopped eating animals, I was able to think more objectively about the system that I had been a part of. You don’t dwell on slaughter houses, even the ‘nice’ ones, when you are chewing on a steak. On the other hand, after thirty days of plant based dieting it becomes much easier to allow yourself to honestly think about what it means to harvest the vast amount of meat you had been eating.

Harvest was the tamest word I could come up with. I am not into the animal rights shock and awe tactics. People need to make up their own minds about what to eat. Plus it seems like overkill to point out the bad slaughter houses. Even if slaughter houses were given cute names, like Nap Huts, and thousands of chickens, pigs and cows were lulled to sleep with soft music and gentle rocking before being harvested, it is still the last house that they will ever walk in to.

I’ll save you the Google search, in case you don’t already know. Vegans are more than just people who don’t eat eggs, dairy, or meat. I know! MORE than that? It might seem like an overwhelming amount already, but vegans take it a step further by also avoiding products made with animals. This would include leather for your Lexus or your Birkenstocks, feathers for your pillows, wool for your socks, and baby seals for your ear muffs. There are also many surprising places that have animal products hidden in their production like the bone charcoal used to filter white cane sugar or the sturgeon bladder used to filter some beers.

Becoming an ethical vegan is such a small step compared to the huge step that it took to become a plant based dieter, that I took it. I am keeping leather I already had but not buying any more. I am spending a little extra on sugar that hasn’t been filtered with animal bones from the Nap Hut. My baby seal ear muffs aren’t necessary because I live in Sunny Florida, but you get the point.

With that in mind, here is an ethical dilemma that I faced about a month into this vegan voyage. Our local sushi bar is run by the absolute nicest people ever. There is the expected language barrier, but we speak volumes in smiles, mini-bows, and big tips. I tend to over tip everywhere because it is the secret to wealth and happiness, but especially at a place that sells edible art.

My 15 year old daughter is my sushi date when Shannon doesn’t want to go. There are many vegan sushi options and I like to get 10 of each. Usually I sit in a booth so people don’t see what it looks like when I inhale a sushi boat, but since the teenager was with me, we sat at the bar so we could watch the art being made.

The very nice young men behind the counter greeted us warmly, as always, and took our order. We watched in awe as one of them made the avocado rolls and mango rolls. We saw sea creatures being dissected and turned into delicacies for other patrons. We stared as a slab of tuna was pulled out, and had six delicate strips cut off that were then kissed with the flame from a kitchen torch. Just as I turned to tell the teenager that I was excited to see them using fire, the nice man leaned over the counter and placed the fish between us and smiled.

By the time I realized the implications of this generous offer, two of the sushi chefs were smiling and mini-bowing while we smiled back and thanked them for the gift. My daughter is a trooper and threw herself on the grenade as best she could, knowing that I didn’t want to eat it. She started scarfing up fish but the main chef stayed to talk.

I found myself in a position of having to eat part of a fish or turn down a spontaneous gift from the heart. If the fish had been alive and smiling at me things might have been different. Instead I had the nicest guy on Earth watching me not eat the fish he prepared for me.

Being vegan is a choice you make with your heart. It comes from what you know with your brain, but the decision and the dedication comes from the heart. That is also what I used when I made the choice to pick up my chop sticks and smilingly chew the small token of kindness. It took a lot of compassion for me to do that, which is no problem because I am finding a surplus of that in my life lately.