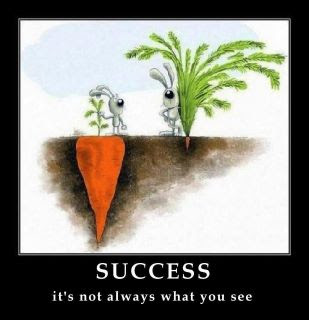 Earlier today I posted my story about being a lawyer practicing medmal defense (medical malpractice defense). Below is my friend Natala's story, giving the "patients perspective."

I started having health problems around the age of 11 when I gained almost 100 pounds in one year. Every doctor told my parents that I needed to just eat less, move more, the same old story.

Fast forward, at 25 and over 300 pounds, I developed T2 diabetes. I found myself in an Emergency room with blood sugar over 1000 and my body shutting down. Things were serious. Thankfully, I survived the night (barely) and soon after, started my long quest of diabetes doctors, medications, nutritionists and trying everything possible to help with the diabetes.

I went five years with severe, out of control diabetes. I gained a lot of weight, which made my diabetes even worse. I went to doctor after doctor, who all told me the same thing "More animal protein, less carbs."

I then developed an infection on my leg and my doctors thought it could lead to a partial amputation. At the time, I was over 400 pounds, my sugar was in the 500's (that is really bad if you know anything about diabetes) and I was on 12-15 different medications. Some were temporary prescriptions for temporary problems, but most of my problems were caused from diabetes.

I was then put on more medication, to deaden the nerves and help with pain in my legs, but the medication caused severe depression as a side effect, so severe, that I wanted to end my life. Things were horrible.

In the meantime, my diabetes got worse. I stuck to the plan my doctors gave me: eggs for breakfast, low fat cheese and turkey for lunch, fish or lean meat for dinner, broccoli or spinach if I wanted it. More or less, if it was an animal protein, it was okay to eat. Olive oil was also encouraged. But my diabetes was (clearly) not getting better.

At my darkest moment, a friend suggested a plant-based diet. I thought she was insane, in fact I got pissed at her for suggesting it. After all, my Doctors had my best interest at heart, they wouldn't have have suggested a diet high in animal proteins and high in fat if it didn't work. Still, I was desperate, so I decided I had nothing to lose (except my leg!!) so why the hell not?

In just a few days on a plant-based diet, I had to drastically cut back my insulin. In a little more than a month, I was off insulin. In the meantime, the infection on my leg finally started to heal. A little while later, I had to go to my Endocrinologist for some blood work, and a follow up, and he was shocked when I handed him my new and improved blood sugar numbers. My doctor was very impressed with himself and was very happy that the higher insulin dose he prescripbed was helping me, except, I was no longer on insulin!

That's when I then dropped the bomb on him. I told him I was no longer taking insulin and his jaw dropped (seriously). When he asked, "What did you do?" I told him I switched to a plant-based diet, and that my numbers had greatly improved. He said "Well, that makes sense." I replied, "What do you mean 'that makes sense'?" He said, "We know that a plant-based diet will help reverse T2 diabetes, but it's not practical."

I was filled with rage (seriously, rage!) and asked him if losing my leg at 30 years old was 'practical'. What about going blind, or killing myself... were those things practical? I then told him I would not be needing his services anymore and walked out of his office.

In that moment I realized that he was doing his job. He was trying to save my life - like he would if I walked into an ER - when you walk into an ER you don't really expect to hear about proper nutrition, and I think that is how most doctors work, they do what is necessary to keep someone alive through medicine, but with no regard to changing lifestyle habits.

I am happy to say that my doctors since then have been very supportive for the most part, some even have given me high-fives! My husband and I travel full time so we end up at various doctors, and I'm glad to say that the message that type 2 diabetes can be reversed through plant-based nutrition is definitely getting out there.

But what about for the doctors it hasn't reached? And what about all of the people that have suffered because of bad nutrition advice from their doctors?

My Grandmother died when she was 57, because of complications from diabetes, she also got an infection in her leg that was going to lead to amputation. She decided to stop fighting, and stop all medications, and let herself die. I live with that thought every day, her laying in a hospital bed, in her last moments, suffering from a disease that I now know can be reversed. I think, what if just one doctor told her there was an alternative? She would have danced at my wedding, but instead, her life ended tragically, and it could have been different, like it was for me, if just one person had told her there was another answer.