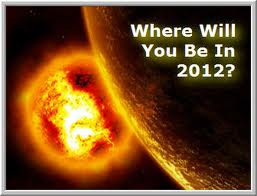 Since I'm conservative, I will be making 3 conservative predictions for 2012. They're all no brainers, but that's how I like to invest too. Sometimes I'm wrong, sometimes things turn out way better than I thought.

1. Mobile phones are no longer phones. They are computers. The myriad ways I use my smart phone is incredible. From calendar to which it will call my next appointment and guide me to my customer's residence, to reading books via Kindle, email, text messaging...well, that about touches the surface. Not this year, but soon, smart phones will have the ability to unfold and open to the size of an average monitor. Since mobile phones are cheaper than PCs, they will become ubiquitous around the world.

2. Since my passion is nutrition, I can't help but write about that. Here's a year by year chart you can click through to see the changes in obesity in the US. If you peruse the chart, you can see that the rates of obesity for each state are going in one direction only, and that is up. Even though we are one of the richest and most educated nations on this planet, the trends will continue to grow in the same direction.

3. It's actually quite easy to lose weight and to keep it off. In 1994 a National Weight Control Registry was established. Anyone can join who has lost at least 30 pounds and kept it off for one year. How are the members of this registry successful for so many years? One is exercise, which might be as simple as walking a few miles per day. The other way, which is quite intriguing, is that they consume foods that are lower on the caloric density scale.

Most vegetables average 100 calories per pound (CPP). Fruits come in at 250 CPP. Grains and beans would be around 500-600 CPP. If one ate those foods alone, the caloric density would average around 500-600 CPP. Cookies and processed foods come in between 1200 to 1800 CPP. Oil is 4000 CPP. The longest lived/healthiest people around the world, from Papua New Guinea, the Okinawans, to the Tarahumara Indians of Northern Mexico, eat a diet low on the calorie density scale.

4. Once this knowledge becomes common place, and is practiced, prediction 2 will be reversed for the first time in modern American history, and prediction 3 will prove true too. America would experience a health rebirth and once the trend of the CDC charts went the other way, it would be impossible to reverse to the other direction.

Pursue A Healthy You

Here's a helpful Nutrient Fact website where you put in the name of a food, and it will give you all the nutritional information. It's a pretty cool website.

Earlier I mentioned long lived peoples. They averaged around 550/600 in calorie density. Numbers have to be run to figure your calorie density, wouldn't be cool if you could insert the foods eaten on a daily basis and see the resulting calorie density?

Here's a website on how to measure calorie density. Instead of grams or ounces, I prefer to measure in pounds.