Why US should cheer for Scott Walker 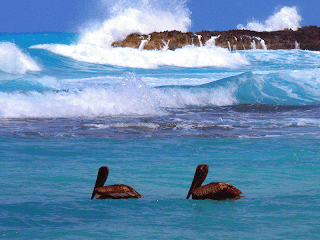 The article below is from USA Today. To be honest, I'm surprised to see such a forthright article printed in a mainstream newspaper. The article is so important, I copy and pasted it in its entirety.

The claim that "this presidential election is the most important election ever" is an enduring political cliché, and it's almost always wrong. Consider this year. It's likely the 2012 race for the White House won't even be the most important contest of this year, much less of all time.


Wisconsin Gov. Scott Walker is currently the target of a recall effort spearheaded by national public employee unions. If his opponents get enough signatures by Jan. 17, Wisconsin will hold a gubernatorial election this summer. The outcome is crucial to the future of the country.
Wisconsin has emerged as a central battleground in the fight over the outsized political role played by, and the enormous privileges enjoyed by, public employee unions. The collective bargaining entitlement enables public sector workers to extract excessive compensation, benefits, and pension packages at the expense of taxpayers.
In March, Walker signed what is now nationally famous legislation that reformed public employee collective bargaining. The bill was crucial to putting Wisconsin on a sustainable fiscal path. Public employee unions fought bitterly, albeit unsuccessfully, to block Walker's reforms. Now they are trying to recall him.
Guess what? It's working
They face a tough fight, however. While the clash over collective bargaining garnered national attention, Walker has additional accomplishments to highlight. The Milwaukee Journal Sentinel, which opposed Walker's collective bargaining reforms, recently noted, "The governor did balance the budget … he did reduce the structural deficit significantly; he did put a lid on property tax increases; he did give schools and municipalities more control over their budgets than they've had in years."
What's more, the reforms pushed by Walker are themselves already having a beneficial effect. Milwaukee Mayor Tom Barrett was Walker's opponent in the 2010 election and later attacked his proposals to reform collective bargaining. But with the reforms on the books, Barrett used some of the bill's provisions to help reduce the city's health care bill, saying that the alternative was to cut 300 to 400 city jobs.
Here's why the stakes in Wisconsin are so high. Public employee unions understand that the legitimacy of collective bargaining privileges is now in question, as cash-strapped states struggle under the burden of a costly public sector. If they can knock off Walker, they send a powerful signal to other reform-oriented governors not to target collective bargaining.
Interestingly, many labor-friendly figures have long understood that collective bargaining rights for public employees are illegitimate. "All Government employees should realize that the process of collective bargaining, as usually understood, cannot be transplanted into the public service," a pro-labor Franklin D. Roosevelt said in 1937. "It has its distinct and insurmountable limitations when applied to public personnel management."
Electing your own boss
As political scientist Daniel DiSalvo notes in a recent issue of National Affairs, "public-sector unions have significant advantages over traditional unions. For one thing, using the political process, they can exert far greater influence over their members' employers — that is, government — than private-sector unions can. Through their extensive political activity, these government-workers' unions help elect the very politicians who will act as 'management' in their contract negotiations — in effect handpicking those who will sit across the bargaining table from them … Such power led Victor Gotbaum, the leader of District Council 37 of the AFSCME in New York City, to brag in 1975: 'We have the ability, in a sense, to elect our own boss.' "
Collective bargaining reform is also needed to enable genuine education reform. The collective bargaining privilege gives teacher unions political power that is used to block reform efforts and shield K-12 education from entrepreneurial disruptions that threaten established ways of doing things.
In a recent discussion, Walker told me that "collective bargaining in the public sector is not a right; it's an expensive entitlement." The struggle to rein in and reform expensive entitlements will define American politics for the next generation. A key front line is in Wisconsin.
Nick Schulz is the DeWitt Wallace fellow at the American Enterprise Institute and editor of American.com.