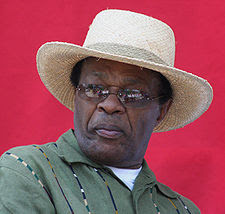 Mayor Barry is flawed. He now lives in a rented apartment right next to a bus stop in a city, which to this day, he's councilman. He's cheated on his wives, done illicit drugs, but is still loved by his people.

The guy's one of us. He's honest. He's done more for his people in DC than anyone else. Washington has the highest standard of living for blacks in the US. His cronies have gone to jail for embezzelment, but not Mayor Barry. He's never stolen from the public treasury.

Mayor Barry's downfall has been himself. But black or white, we can identify with him. There can be no more classic line in American politics, "Da bitch set me up".

Email ThisBlogThis!Share to TwitterShare to FacebookShare to Pinterest
Labels: bitch set me up, Mayor Barry