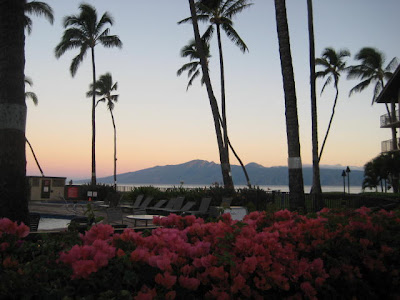 When I was a student, in the 1970s, the world was coming to an end. The adults told me so. They said the population explosion was unstoppable, mass famine was imminent, a cancer epidemic caused by chemicals in the environment was beginning, the Sahara desert was advancing by a mile a year, the ice age was retuning, oil was running out, air pollution was choking us and nuclear winter would finish us off. There did not seem to be much point in planning for the future. I remember a fantasy I had - that I would make my way to the Hebrides, off the west coast of Scotland, and live off the land so I could survive these holocausts at least till the cancer got me.

I am not making this up. By the time I was 21 years old I realized that nobody had ever said anything optimistic to me - in a lecture, a television program or even a conversation in a bar - about the future of the planet and its people, at least not that I could recall. Doom was certain.

The next two decades were just as bad: acid rain was going to devastate forests, the loss of the ozone layer was going to fry us, gender-bending chemicals were going to decimate sperm counts, swine flu, bird flu and Ebola virus were going to wipe us all out. In 1992, the United Nations Earth Summit in Rio de Janeiro opened its agenda for the twenty-first century with the words `Humanity stands at a defining moment in history. We are confronted with a perpetuation of disparities between and within nations, a worsening of poverty, hunger, ill health and illiteracy, and the continuing deterioration of the ecosystems on which we depend for our well-being.'

By then I had begun to notice that this terrible future was not all that bad. In fact every single one of the dooms I had been threatened with had proved either false or exaggerated. The population explosion was slowing down, famine had largely been conquered (except in war-torn tyrannies), India was exporting food, cancer rates were falling not rising (adjusted for age), the Sahel was greening, the climate was warming, oil was abundant, air pollution was falling fast, nuclear disarmament was proceeding apace, forests were thriving, sperm counts had not fallen. And above all, prosperity and freedom were advancing at the expense of poverty and tyranny.

I began to pay attention and a few years ago I started to research a book on the subject. I was astounded by what I discovered. Global per capita income, corrected for inflation, had trebled in my lifetime, life expectancy had increased by one third, child mortality had fallen by two-thirds, the population growth rate had halved. More people had got out of poverty than in all of human history before. When I was born, 36% of Americans had air conditioning. Today 79% of Americans below the poverty line had air conditioning. The emissions of pollutants from a car were down by 98%. The time you had to work on the average wage to buy an hour of artificial light to read by was down from 8 seconds to half a second.

Not only are human beings wealthier, they are also healthier, wiser, happier, more tolerant, less violent, more equal. Check it out - the data is clear. Yet if anything the pessimists had only grown more certain, shrill and apocalyptic. We were facing the `end of nature', the `coming anarchy', a `stolen future', our `final century' and a climate catastrophe. Why, I began to wonder did the failure of previous predictions have so little impact on this litany?

I soon found out. Like others who have tried to draw attention to improving living standards - notably Julian Simon and Bjorn Lomborg - I am beginning to be subjected to a sustained campaign of vilification by the pessimists. They distort my argument, impugn my motives and attack me for saying things I never said. They say I think the world is perfect when I could not be clearer that I advocate progress precisely because we should be ambitious to put right so much that is still wrong. They say that I am a conservative, when it is the reactionary mistrust of change that I am attacking. They say that I am defending the rich, when it is the enrichment of the poor that I argue for. They say that I am complacent, when the opposite is true. I knew this would happen, and I take it as a back-handed compliment, but the ferocity is still startling. They are desperate to shut down the debate rather than have it.

I now see at firsthand how I avoided hearing any good news when I was young. Where are the pressure groups that have an interest in telling the good news? They do not exist. By contrast, the behemoths of bad news, such as Greenpeace, Friends of the Earth and WWF, spend hundreds of millions of dollars a year and doom is their best fund-raiser. Where is the news media's interest in checking out how pessimists' predictions panned out before? There is none. By my count, Lester Brown has now predicted a turning point in the rise of agricultural yields six times since 1974, and been wrong each time. Paul Ehrlich has been predicting mass starvation and mass cancer for 40 years. He still predicts that `the world is coming to a turning point'.

Ah, that phrase again. I call it turning-point-itis. It's rarely far from the lips of the prophets of doom. They are convinced that they stand on the hinge of history, the inflexion point where the roller coaster starts to go downhill. But then I began looking back to see what pessimists said in the past and found the phrase, or an equivalent, being used by in every generation. The cause of their pessimism varied - it was often tinged with eugenics in the early twentieth century, for example - but the certainty that their own generation stood upon the fulcrum of the human story was the same.

I got back to 1830 and still the sentiment was being used. In fact, the poet and historian Thomas Macaulay was already sick of it then: `We cannot absolutely prove that those are in error who tell us that society has reached a turning point, that we have seen our best days. But so said all before us, and with just as much apparent reason.' He continued: `On what principle is it that, when we see nothing but improvement behind us, we are to expect nothing but deterioration before us.'