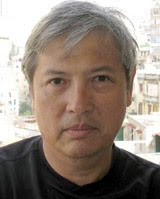 Seeing Michael Totten on the Pajamas Media Express blog line-up makes me feel like I’m in good company. Yet it also carries with it a realization of how much the weblog scene has changed since it sprang on the scene in the first days of the 21st century. Back then everything was amorphous; and everybody was a dog: that is just a name and not even a face. Everyone was an unknown writer — even to themselves. Very few of those who’ve gone forward since then could have anticipated his place in a landscape whose topography was still being created. In 2003, when the Belmont Club began on Blogspot, it was one of several ten of thousands of similar weblogs. Neither Pajamas Media nor the Huffington Post existed. A time-traveler going back as little as seven years would find that a lot has changed since then.

And in more than one way. One change that continues till now has been aggregation. What intially fed the blogosphere was the huge increase in the ease and cheapness of getting information made possible by the Internet. Since then the ’sphere has gotten much, much better at taking information and processing it. This has led directly to the expansion of editorial opportunity. The total bandwidth of the old New York Times/Washington Post era was pitifully small compared to total frontage that moves out of the Internet each day. With the expansion of the market the leads, tips and leaks which would have wound up in the trash, either due to the prevailing editorial policy or lack of space in an earlier day are now finding their way into the myriad spaces of the Internet. The early days of the blogosphere were probably characterized by information ‘push’. Now we are going to start seeing demand ‘pull’. That’s already happening with outfits like Big Journalism and in the case of the DOJ Black Panther case, with Pajamas Media.

That information space is now exceedingly complex. Simple typologies are hard to construct on the basis of mere scale. In terms of audience reach the difference between a mega-blog like Instapundit and a small newspaper are not that great. Nor is function a determinative factor. How exactly would one compare an outfit like Pajamas Media or the Huffington Post to Real Clear Politics? The role of individual bloggers seems maddeningly complex. Writers despite their differences in readership, aggregation strategy and subject matter seem comparable only in their ability to generate a narrative. The same person can be differentially important depending on which hat he wears.

Jake Tapper is arguably more influential as a blogger than as a straight journalist as is Andrew Bolt of Australia. The ability to mint a meme appears to be the distinguishing feature; the capacity to start something that gets picked up and spreads is the single thing that seems to matter. Michael Yon can get the attention of Stanley McChrystal and Perez Hilton can invite the interest of the district attorney, on himself alas, even though their styles, frequency of posting and subject have nothing whatsoever in common. But they can make things happen. Another thing that has changed is depth. There are specialist sites which focus on law, technology, regional studies, etc whose expertise is far and away deeper than the ‘desks’ at the old-style newspapers and yet are just as accessible as them. Something like City Journal can produce prose and research equal anything the old media ever created. Indeed the fate of old journalism is not to be superseded so much as swallowed. The gatekeepers are failing at least in part because their gates have been designed on far too small a scale.

Recently I was on IM with the editor of a well-known new media outlet and discovered that he had a PhD in computer science. It was strangely appropriate. Perhaps the ability to understand and manage information flows will become a much more important qualification for an editor than a knowledge of style and usage. Journalism has become a victim of the information torrent. Editors of the future, if they still exist, will be graduated from Carnegie Mellon, Caltech or MIT rather than the Columbia School of Journalism. The journalists themselves I think, will be replaced by what may be called embedded sensors in place. The age of scribbler is over and the age of the literate practitioner and whistle blower has just begun. Interior debates within the industry, the professions and government will soon become the primary source of news. The primary challenge of reporting in the future will be to find entree into a circle to which one does not belong in order to write a story as an outsider. Absent that the insiders will generate the story on their own.

That suggests the primary qualification of journalism will soon be, if isn’t already, the power of the reporter’s reputation. Right now reputation is derived in part from who he works for. In the future it will be largely correlated with who he is. This further suggests that no two ‘journalists’ — if the phrase may still be used — are going be funded or ‘employed’ in quite the same way. Each writer will find himself supported by a combination of patronage from readers, fees from publication, advertising revenues and his own day job earnings and consulting. He will be his own brand. Perhaps no one, except a very few, will ‘work full-time’ for a newspaper any more in the coming decades. Strangely this may be a harbinger of the general state of affairs. Individuals will still work for companies, but maybe they will be less defined by them than in the past. If so, one of the hardest things to do in the near future — and not just for journalists — will be write an old style resume. Over the last few years I’ve been struck by the immense variety and range of activities that apparently successful people are able to engage in. To the question ‘what do you do?’ the answers are becoming exceedingly complex, and not because people are being coy: it is just because they working for themselves and for things they believe in. The impact of the information revolution on our occupations is just beginning.

In retrospect, starting the Belmont Club changed my life and though at first I was at first tempted to believe that it was singular or perhaps a rare experience, I am increasingly convinced that it was typical; that hundreds of thousands of people who lived the last ten years can say the same thing. Indeed one of the reasons it has experienced a measure of success is probably because many of its readers, without quite thinking about it recognize in its voice something of an echo of their own experience. The next ten years are going to be full of uncertainty yet laden with exhilaration: the best of times and the worst of them. And most of the both still to come. “Remember what Bilbo used to say: It’s a dangerous business, Frodo, going out your door. You step onto the road, and if you don’t keep your feet, there’s no knowing where you might be swept off to.”