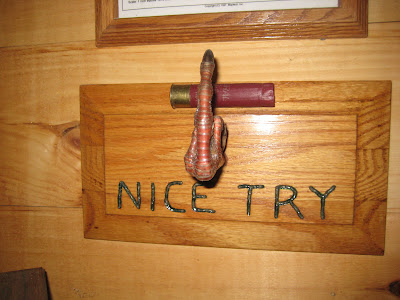 As my wife has said: "I don't know when journalism went from being the most honorable profession to the least".

Wait, no, it's not? Then I suppose I am misreading the series of stories in the conservative Daily Caller that have revealed the exchanges of the now-defunct Journolist, a supposedly off-the-record listserv for nearly 500 journalists and policy wonks, most of whom were progressive. (My deep dark confession: I was a member, mainly a lurker; I haven't posted anything in years. And, truth be told, when I did post it usually was to promote a column or article I had written, seeking links.) The Daily Caller and other conservatives have depicted the Journolist gang as practically a secret society coordinating the so-called liberal line in the media. But an ex-Daily Caller reporter was part of the group—which has gone unreported on by the Caller.

Click here for the entire article, the comments are especially revealing.

Here's an article about someone attacked by Journolist