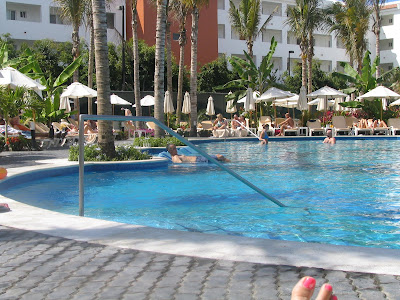 I apologize to Tiger if he wishes this story not be made public. If he desires that this post be removed, I will comply.

I played golf today at El Dorado Golf Course and I heard this story from a lady who actually witnessed what happened.

It was Tiger's wish that no Press/Newspapers be present. His mother, father, coach (when he was a child) were in attendance. From what I know, it was partly sponsored by Make A Wish Foundation.

Schools in the area selected one child. Each child getting personal instruction from Tiger at the back end of El Dorado's driving range. Also was set up a barbecue to serve food. From my understanding, Tiger spent time with each child, introducing himself by saying, "Hi, I'm Tiger Woods". After eating a hamburger, Tiger went and thanked the cook, saying it was the best burger he ever ate.

It was a dying child's wish to meet Tiger Woods. A helicopter had flown in this child via the Make A Wish Foundation. Tiger spent a half hour, talking alone to the child and his mother (the child was on a gurney). After the visit, the child was taken away in the helicopter.

It was this child's wish to see Tiger. This is what kept him alive. Later that night, he passed away.