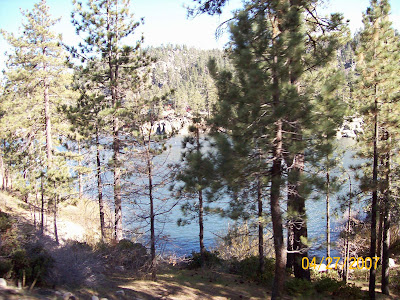 This is a post written by Charles Hugh Smith--of two minds.com

I just don't think this article can be denied its importance.

The mortgage market is completely dependent on government guarantees and quasi-Government purchases of securitized mortgages. If the mortgage market were truly socialized, then the Central State would own the banks which originate, service and own the mortgages.
But then the private owners and managers of the "too big to fail" banks would not be reaping hundreds of billions in profits and bonuses. And since the banking industry has effectively captured the processes of governance (that is, Congress and the various regulatory agencies), then what we have is a system of private ownership of the revenue and profits generated by the mortgage industry and public absorption of the risks and losses.
Could anything be sweeter for the big banks? No.
The incestuous nature of the system is breathtaking. The Fed creates the credit which enables the mortgages, the Treasury guarantees the mortgages via Fannie, Freddie and FHA, the Fed buys the mortgages ($1.3 trillion in mortgages are on their balance sheet) and the private banks collect the fees and profits.

Below is a piece written by David Kotak on mortgage backed security mess--he puts all the pieces of the puzzle together for everyone to see:

Let me add a few thoughts. (This is John Mauldin speaking) First, I agree, this is very serious. It has the possibility of seriously hurting the housing market, which as we saw in the first section is already on the ropes. But at the end of the day, there is a cure.
Someone borrowed money for a mortgage. Some entity is cashing a check if that person is paying. That entity should have the title until it is paid off. If someone is not making their mortgage payments, they should be removed from the house and it should be sold to the benefit of the ultimately correct and what everyone thought was the proper title holder.
If you took out a mortgage and now the title is in some doubt because the investment banks and mortgage banks and all the middle guys screwed up (big-time!) because they wanted to save some bucks and make some commissions, you did not win the lottery. That is not America as I know it. You can't pay the mortgage, I am sorry. But you do not get to keep the house. The people who (thought) they bought the mortgage in a fair deal need to end up with that mortgage.
If you pay your mortgage, you get to have the American Dream.
We CANNOT allow this debacle to continue. It will bring the system down. Who will want to buy a mortgage that is in a securitized package with no clear title? Who will get title insurance? Some judge somewhere is going to make a ruling that is going to petrify every title company, and the whole thing grinds to a halt.
Let's be very clear. If we cannot securitize mortgages, there is no mortgage market. We cannot go back to where lenders warehoused the notes. It would take a decade to build that infrastructure. In the meantime, housing prices are devastated. Whatever wealth effect remains from housing gets worse, and the economy rolls over.
This is beyond my pay grade, but there have to be some adults who can make everyone play nice in the sandbox. Ideally, someone in authority at the Treasury, with bipartisan support steps in and says everyone follow these rules, whatever these rules need to be.
I had a very spirited conversation with good friend Barry Ritholtz today (of The Big Picture). Barry runs money but is also a lawyer and has a somewhat different perspective. He thinks we do not need any legislation and there is a legal cure. He says that real trained people (lawyers and paralegals) need to look at each mortgage and figure it out, and that it can get resolved. It is expensive to the banks; but I agree, if it is just dollars I don't care. Fix it.
But that is a maybe. Other people I talk to disagree. Some think we need some regulatory fixes. Some think we will need a legislative cure. But if we need to, there need be no finger pointing, no partisan BS. This needs to get solved.
Someone took out a mortgage. Some entity thinks they are owed money. Fix the damn paper trail so that happens, whether in a legal if time-consuming manner, in a regulatory fix, or with legislation.
Now, that is not to say the people who did this stuff did not commit felonies and such. We can sort that out over time. The longer we wait the worse it will get. Fix the problem and then go round up the bad guys. There are bigger issues in play here. (I know this will be somewhat controversial. Oh well.)
I get the fraud being done here. I am regulated by FINRA, the NFA, various states, the British FSA, and ultimately the SEC. If I did something in my business like the stuff described above, someone would come in and justifiably shut me down, fine me, and ban me from the securities business. Oh, wait. These guys ARE regulated by the above groups.
Finally on this topic, I shake my head when I think that the FDIC is now running several of the banks (think IndyMac) that are part of this foreclosure crisis. These are the guys who are supposed to be preventing something like this. Again, where are the adults?