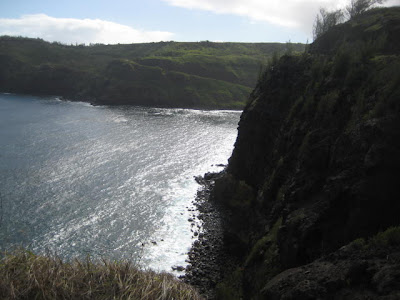 I love to read blogs about living simply, saving money, and perpetual travelers. Their take on life is freshening.

Yesterday, I read a blog about a couple who saved money so that they could bike around the world. What was cool was how they turned their dream into a reality.

I was amazed how it came down to him sleepless the last two nights finalizing his dream. He had to get all in order. After realizing having sold his car, mobile home, and turning over his house to a property management company, that he now owned no keys. That really struck me. He had no keys to maneuver through life.

I thought how radical and how brave. But then today walking my dog, I realized I experienced that once--having no keys. I was living in Seattle and decided to hitchhike around the United States. I gave away all my belongings, and hit the road. I didn't have any keys in my possession, but to be honest, I never even gave it a passing thought until this morning.

When I hitchhiked, it was in the later 1970s, so it was a time when hitchhikers were still picked up. What I'd do is hitchhike only during the day. And every other night, I'd sleep in a motel, and the other nights off the side of the road.

It sounds pretty radical, but it was one of the greatest experiences of my life. When travelling with people you don't know, and will never see again, it gave great opportunity to be open and share some inner thoughts. For the most part, people were extremely varied, and wonderful. I'll never remember who those people were, nevertheless, I made friends.