This is a picture taken in Whittier. Whittier is a city in Los Angeles county CA. It's a landlocked city. So where the ocean view is is your guess as good as mine. 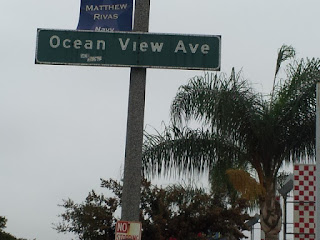 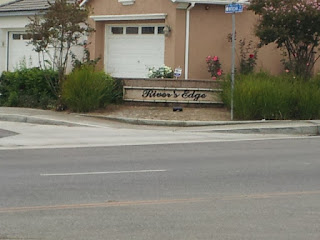 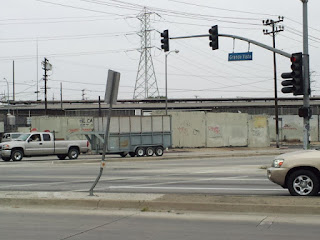 In the second picture, it was taken in Montebello. Also in LA county. As far as I know, there's no rivers passing through Montebello, not unless you want to count the water that sometimes flows between the concrete barriers we call the LA river.

And the last picture was a street called Grand View. The grand view you see is a recycling plant whose building has graffiti on it.

I'm from the eastern US and when there was a street called Riversedge, it was because the street had something to do with a river. Not in CA. You can name anything anything you want. How about the city of Lakewood, CA. There ain't no lake and there aren't any woods. Does it matter? Not in CA.

That's one of the reasons I liked Steve Wynn's casino in Vegas called Mirage. Because the joke was on us. Vegas is nothing more than a mirage, created to take money from your pocket to theirs.