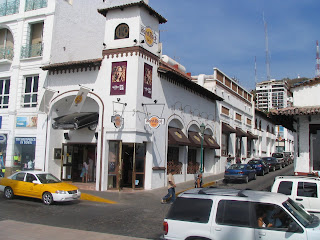 This article by Christopher Hitchens tells how we over intellectualize reality, instead of just looking at the facts as they're displayed.

Simply Evil
A decade after 9/11, it remains the best description and most essential fact about al-Qaida.
By Christopher Hitchens
Updated Monday, Sept. 5, 2011, at 10:12 AM ET

The World Trade Center towers on Sept. 11, 2001
The proper task of the "public intellectual" might be conceived as the responsibility to introduce complexity into the argument: the reminder that things are very infrequently as simple as they can be made to seem. But what I learned in a highly indelible manner from the events and arguments of September 2001 was this: Never, ever ignore the obvious either. To the government and most of the people of the United States, it seemed that the country on 9/11 had been attacked in a particularly odious way (air piracy used to maximize civilian casualties) by a particularly odious group (a secretive and homicidal gang: part multinational corporation, part crime family) that was sworn to a medieval cult of death, a racist hatred of Jews, a religious frenzy against Hindus, Christians, Shia Muslims, and "unbelievers," and the restoration of a long-vanished and despotic empire.


PRINT
DISCUSS
E-MAIL
RSS
RECOMMEND...
REPRINTS
SINGLE PAGE
To me, this remains the main point about al-Qaida and its surrogates. I do not believe, by stipulating it as the main point, that I try to oversimplify matters. I feel no need to show off or to think of something novel to say. Moreover, many of the attempts to introduce "complexity" into the picture strike me as half-baked obfuscations or distractions. These range from the irredeemably paranoid and contemptible efforts[MN1] to pin responsibility for the attacks onto the Bush administration or the Jews, to the sometimes wearisome but not necessarily untrue insistence that Islamic peoples have suffered oppression. (Even when formally true, the latter must simply not be used as nonsequitur special pleading for the use of random violence by self-appointed Muslims.)
Underlying these and other attempts to change the subject there was, and still is, a perverse desire to say that the 9/11 atrocities were in some way deserved, or made historically more explicable, by the many crimes of past American foreign policy. Either that, or—to recall the contemporary comments of the "Reverends" Jerry Falwell and Pat Robertson—a punishment from heaven for American sinfulness. (The two ways of thinking, one of them ostensibly "left" and the other "right," are in fact more or less identical.) That this was an assault upon our society, whatever its ostensible capitalist and militarist "targets," was again thought too obvious a point for a clever person to make. It became increasingly obvious, though, with every successive nihilistic attack on London, Madrid, Istanbul, Baghdad, and Bali. There was always some "intellectual," however, to argue in each case that the policy of Tony Blair, or George Bush, or the Spanish government, was the "root cause" of the broad-daylight slaughter of civilians. Responsibility, somehow, never lay squarely with the perpetrators.
Advertisement