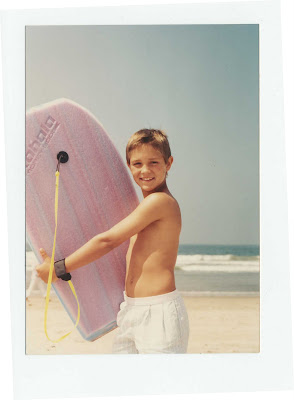 Part of an article from "The Arizona Republic"


A Peoria couple is suing Walmart and the state after they were accused of sexual abuse for taking bathtime photos of their daughters, according to court papers.

Lisa and Anthony "A.J." Demaree's three young daughters were taken away by state Child Protective Services last fall when a Walmart employee found partially nude pictures of the girls on a camera memory stick taken to the store for processing, the lawsuit claims.

Walmart turned the photos over to police and the Demarees were not allowed to see their children for several days and did not regain custody for a month while the state investigated, according to their lawyer, Richard Treon.
Treon said the images in question were part of a group of 144 photographs taken mostly the family's vacation in San Diego. He said there were seven to eight bath- and playtime photos of the girls that showed a "portion or outline or genitalia."

Neither parent was charged with sexual abuse and they regained custody of their children, but the Demarees say the incident inflicted lasting harm.

In two separate lawsuits, the Demarees say the "slanderous claims" state officials made during the investigation caused them serious economic losses. They also claim to have since suffered "emotional stress, headaches, nightmares, a general feeling of malaise, shock to their nervous system, grief and depression."

"This is a parent's worst nightmare," Treon said. "This is a serious incursion on people's lives and privacy."

My son was also placed in Child Protective Services (CPS) here in CA.

He was taken from his mother (she on welfare, and had legal custody). Also taken by CPS was my son's half brother and half sister.

It was the court's wisdom that the child (my son) not be placed with his father (that's me). I was what was called, "The non-offending parent".

It was the court's thinking that the children would do best if not separated. In reality the court soon separated the children. To tell the truth, I'm not sure the court ever did place them together, making the argument for me not getting custody moot.

Until I die, I will never forget how painful it was for me to visit my son after that court hearing. I was only allowed to be with him under the watchful eye of a government employee, who was present in the room.

Imagine, your own child is taken from you. You have done no wrong. You can now see your child, but only under their watchful eye. They, who have taken your child, want to make sure you don't hurt him.

How painful can that be? And the irony. While you are the father, it is the state who has the power to take away your child, even if it's shown that you did no wrong.

I pray death upon the person who reported this to the authorities and to those responsible for taking away the Demaree's three children.

I have learned that agencies such a CPS are able to keep receiving their funds only if their numbers keep increasing.

Since my son was released from CPS, his life has been spent in prison. He is there as I write. As a child, my son had a huge fear of being alone. When we would play army, my friend one time held the door closed so my son couldn't get out. My son went absolutely berserk. I told my friend never to do that, he can't handle being alone. I cannot imagine his torment being taken by the State and being all by himself.