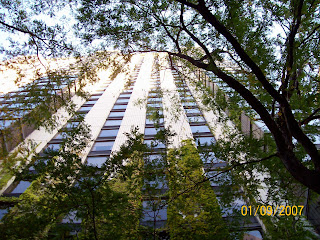 When it comes to "Veganism" or not eating any animals or animal by-products, it is considered to be politically left rather than right.

Web sites that I love include a website like vegsource.com. A doctor who I highly respect is from the left.

What's funny, is that I'm from the political right. I'm conservative.

And what's even funnier is that "The Left" is supposed to be tolerant, while those on "The Right" are considered mean spirited and bigoted.

So while I can take what these people offer in the way of nutrition, they cannot do the same.

And here's my example:

It was Matthew Scully, a Republican, who wrote the speech for Sarah Palin accepting the Vice Presidential ticket for the Republican Party. Matthew Scully had been linked through VegSource (He had written an excellent book on animal suffering called "Dominion"). VegSource readers called for his expungement. All because he didn't line up with their beliefs.

Another case is John Mackey, CEO of Whole Foods. He wrote an article that appeared in the Wall Street Journal about health care. Because it doesn't line up with the left, they are now calling for the boycott of Whole Foods.

So this is the "Tolerant Left".

My wife is a Liberal who in every election has voted for a Democrat (except this one). She's for abortion, and against capital punishment. But it's so funny to read comments about her from "Friends" on Facebook. She's called a "Right wing republican". And believe me, from this crowd, there is nothing worse than calling someone that.

So while the Left is the party of tolerance, they are the intolerant.

Another case in point: I just read today that there is a new study confirming broccoli reduces heart disease. After the article about the study, most of the comments turned to bashing former Bush presidents. And even relating one of them to the devil.

As someone on the right, I still don't get the vile hatred for President Bush, but no question, it's palpable.