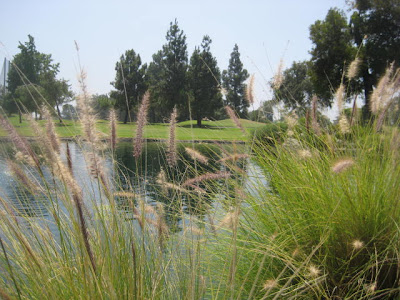 What do the controversies around the proposed mosque near Ground Zero, the eviction of American missionaries from Morocco earlier this year, the minaret ban in Switzerland last year, and the recent burka ban in France have in common? All four are framed in the Western media as issues of religious tolerance. But that is not their essence. Fundamentally, they are all symptoms of what the late Harvard political scientist Samuel Huntington called the "Clash of Civilizations," particularly the clash between Islam and the West.

Huntington's argument is worth summarizing briefly for those who now only remember his striking title. The essential building block of the post-Cold War world, he wrote, are seven or eight historical civilizations of which the Western, the Muslim and the Confucian are the most important.

The balance of power among these civilizations, he argued, is shifting. The West is declining in relative power, Islam is exploding demographically, and Asian civilizations—especially China—are economically ascendant. Huntington also said that a civilization-based world order is emerging in which states that share cultural affinities will cooperate with each other and group themselves around the leading states of their civilization.

The West's universalist pretensions are increasingly bringing it into conflict with the other civilizations, most seriously with Islam and China. Thus the survival of the West depends on Americans, Europeans and other Westerners reaffirming their shared civilization as unique—and uniting to defend it against challenges from non-Western civilizations.

Huntington's model, especially after the fall of Communism, was not popular. The fashionable idea was put forward in Francis Fukuyama's 1989 essay "The End of History," in which he wrote that all states would converge on a single institutional standard of liberal capitalist democracy and never go to war with each other. The equivalent neoconservative rosy scenario was a "unipolar" world of unrivalled American hegemony. Either way, we were headed for One World.

President Obama, in his own way, is a One Worlder. In his 2009 Cairo speech, he called for a new era of understanding between America and the Muslim world. It would be a world based on "mutual respect, and . . . upon the truth that America and Islam are not exclusive and need not be in competition. Instead, they overlap, and share common principles."

The president's hope was that moderate Muslims would eagerly accept this invitation to be friends. The extremist minority—nonstate actors like al Qaeda—could then be picked off with drones.

Of course, this hasn't gone according to plan. And a perfect illustration of the futility of this approach, and the superiority of the Huntingtonian model, is the recent behavior of Turkey.

According to the One World view, Turkey is an island of Muslim moderation in a sea of extremism. Successive American presidents have urged the EU to accept Turkey as a member on this assumption. But the illusion of Turkey as the West's moderate friend in the Muslim world has been shattered.

A year ago Turkey's President Recep Erdogan congratulated Iran's Mahmoud Ahmadinejad on his re-election after he blatantly stole the presidency. Then Turkey joined forces with Brazil to try to dilute the American-led effort to tighten U.N. sanctions aimed at stopping Iran's nuclear arms program. Most recently, Turkey sponsored the "aid flotilla" designed to break Israel's blockade of Gaza and to hand Hamas a public relations victory.

True, there remain secularists in Istanbul who revere the legacy of Mustafa Kemal Ataturk, founder of the Republic of Turkey. But they have no hold over the key government ministries, and their grip over the army is slipping. Today the talk in Istanbul is quite openly about an "Ottoman alternative," which harks back to the days when the Sultan ruled over an empire that stretched from North Africa to the Caucasus.

If Turkey can no longer be relied on to move towards the West, who in the Muslim world can be? All the Arab countries except Iraq—a precarious democracy created by the United States—are ruled by despots of various stripes. And all the opposition groups that have any meaningful support among the local populations are run by Islamist outfits like the Egyptian Muslim Brotherhood.

In Indonesia and Malaysia, Islamist movements are demanding the expansion of Shariah law. In Egypt, Hosni Mubarak's time is running out. Should the U.S. support the installation of his son? If so, the rest of the Muslim world will soon be accusing the Obama administration of double standards—if elections for Iraq, why not for Egypt? Analysts have observed that in free and fair elections, a Muslim Brotherhood victory cannot be ruled out.

Algeria? Somalia? Sudan? It is hard to think of a single predominantly Muslim country that is behaving according to the One World script.

The greatest advantage of Huntington's civilizational model of international relations is that it reflects the world as it is—not as we wish it to be. It allows us to distinguish friends from enemies. And it helps us to identify the internal conflicts within civilizations, particularly the historic rivalries between Arabs, Turks and Persians for leadership of the Islamic world.

But divide and rule cannot be our only policy. We need to recognize the extent to which the advance of radical Islam is the result of an active propaganda campaign. According to a CIA report written in 2003, the Saudis invested at least $2 billion a year over a 30-year period to spread their brand of fundamentalist Islam. The Western response in promoting our own civilization was negligible.

Our civilization is not indestructible: It needs to be actively defended. This was perhaps Huntington's most important insight. The first step towards winning this clash of civilizations is to understand how the other side is waging it—and to rid ourselves of the One World illusion.

Ms. Ali, a former member of the Dutch parliament, is the author of "Nomad: From Islam to America—A Personal Journey through the Clash of Civilizations," which has just been published by Free Press.