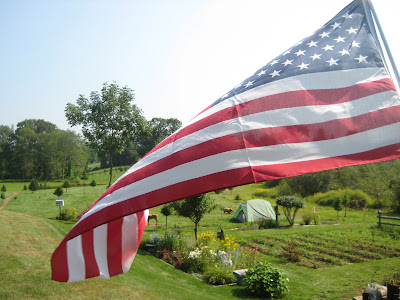 This post is from Jacob at Early Retirement Extreme. I really enjoy Jacob's blog. His ideas are fresh and inspiring. His field is not finance, but physics. He retired in his early 30s, not from making a lot of money, but through prudence.

Is it possible to draw a line between happiness and saving money? It certainly is. The line is drawn according to a parameter called the discount rate which is the interest rate which separates one’s desire to lend vis-a-vis borrow money.

Conversely, if your discount rate is 5% or higher, then this means that

People differ in their discount rate. If you have a very high discount rate, it means you value the present more. If your discount rate is 20% or higher, you would have no problem carrying consumer credit.

My discount rate is very low, because I figure that I am [genetically] as capable of being happy in the future as I am today given the same amount of money. Thus, by lending out money at 5% I expect to be 5% happier in the future; namely, I will get to spend $5 more in the future.

Conversely, by borrowing money, I would expect to be 5% less happy in the future than now.
Before you start arguing that money doesn’t buy happiness, etc. keep in mind that the discount rate is set by the marginal dollar. If you have very little money, you value it highly in the present—every dollar buys a lot of happiness including the last one you spend. If you have a lot, you have more than you need, and you can easily postpone its use into the future—the last dollar you’d spend would create little happiness.

There are two effects which come into play now.

First, while there is no mathematical difference, consider whether your discount rate would be identical if

Second, compound interest will change the amount into the farther future.

Here is more on how to do a discounted cash flow analysis on student loans.

Given our high savings rates, people on the road to extreme early retirement have a much lower discount rate than most other people.

For example, my savings will pay/has paid [virtually] for the home for one upper middle class family who don’t/didn’t have the money but is willing to carry the mortgage. It is thus as if they are working to pay me because they want to live in a house they can’t afford for the next 30 years. This, then, effectively, is why I don’t have to work—they do it for me. Their discount rate is higher than mine.
Maybe it is better explained with an example.

If the debt has to be paid off as well, then B may be paying $1250 extra per month to get rid of it in 10 years. This will cut B’s spending to $16000 per year. That’s less than 1/3 of A. Huge difference!
Overall, A will have substantially more financial freedom than B.

Any kind of substantial debt, which can not be paid off within a year, will act as a huge drag on one’s finances, simply because interests will be quite high compared to the principal to paid off—you will mainly be paying interest, while the principal debt remaisn the same. It’s like riding a bicycle uphill (principal) in headwind (interest).

This will be even more apparent if interest rates are higher, earnings are lower, or asset/liabilities are higher. Indeed, because of the interest bias, it is much easier to save $100,000 than it is to pay off $100,000.