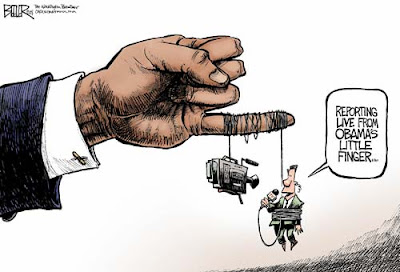 Crooks and Liars has the full clip where Graham also states that Obama says he became a Christian later in life.

Of course, The New York Times reported the same thing back in 2008:

Senator Obama is half African by birth and Africans can understandably identify with him. In Islam, however, there is no such thing as a half-Muslim. Like all monotheistic religions, Islam is an exclusive faith.

As the son of the Muslim father, Senator Obama was born a Muslim under Muslim law as it is universally understood. It makes no difference that, as Senator Obama has written, his father said he renounced his religion. Likewise, under Muslim law based on the Koran his mother’s Christian background is irrelevant.