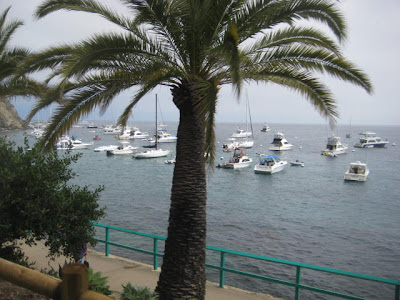 Have We Stopped Trying to Make Good People?
by Dennis Prager


The most important question any society must answer is: How will we make good people?

One cannot make a good society if one does not begin with the arduous task of making good individuals. Both Judaism and Christianity begin with the premise that man is not basically good and therefore regard man's nature as the root of cause of evil.

This may sound basic and even obvious, but it is not. In the Western world since the Enlightenment, belief in the inherent goodness of human beings has taken over. This has resulted in an increasing neglect of character development because evil has come to be regarded not as emanating from human nature (which is essentially good) or from morally flawed individuals but from forces outside the individual -- especially material ones. Thus, vast numbers of the best educated in the West have come to believe that "poverty causes crime."

Now, while no one could possibly refute the argument that starving people will steal bread for their families (an act that is morally defensible), the argument that poverty causes crime posits that when poor people in America commit murder and other violent crimes, it is because they are poor.

This is irrational dogma, as much a matter of faith as any theological doctrine. Two simple facts illustrate this: First, the vast majority of poor people, in America and elsewhere, do not commit violent crimes. Second, a large amount of crime is committed by the middle class and even by the wealthy. Neither fact prompts the "poverty causes crime" believers to rethink their position.

They need to, however, not only because the poverty-causes-crime thesis is so demonstrably false, but because it prevents societies from making good people. When society blames evil on forces outside the individual rather than on the individuals who perpetrate evil, society will work to change those forces rather than work to improve the character of individuals. That is a key to understanding why the left constantly attempts to radically change society -- how else make a better world?

Conservatives, on the other hand, believe that the way to "repair the world," in the oft-used Hebrew phrase of those most concerned with "social justice," is far less dramatic, far less revolutionary and far less macro-oriented. It is the laborious process of raising every generation from scratch with good values and self-discipline. Without both of these, individual goodness and therefore societal goodness is impossible.

That is why the most important question a society can ask is how to raise young people to be good adults. American society, under the influence of the left, asks other questions: How do we make young people environmentally aware? How do we teach them to fight allegedly rampant racism, sexism, homophobia and xenophobia in society? How do we fight AIDS and breast cancer?

It is, of course, good to be environmentally aware, to fight AIDS and breast cancer, and to oppose bigotry. But before training young people to be social activists, they must first learn character traits -- truth telling, financial honesty, humility, honoring parents and, above all, self-control. Before learning to fight society, people need to fight their own nature. The world is filled with activists of all varieties who are loathsome individuals.

In general, we would do well to be far more impressed with a young person who sits next to the less popular fat kid who is eating alone at lunch, who fights the class bully, who doesn't cheat on tests and who refrains from drug use.

There is no federal budget, no Senate or House bill, no social policy, no health care fix that can do as much good as a society that is filled with decent people.