Something to think About 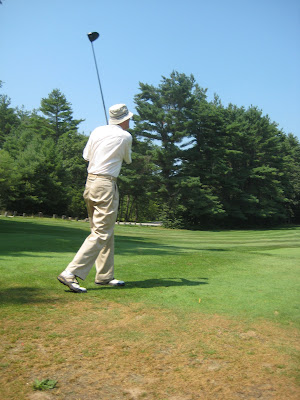 Successful entrepreneurs-turned-philanthropists typically say they feel a responsibility to "give back" to society. But "giving back" implies they have taken something. What, exactly, have they taken? Yes, they have amassed great sums of wealth. But that wealth is the reward they have earned for investing their time and talent in creating products and services that others value. They haven't taken from society, but rather enriched us in ways that were previously unimaginable.
Even if Mr. Gates makes progress in achieving his ambitious philanthropic objectives--eradicating disease, reducing global poverty, and improving educational quality--these accomplishments are unlikely to match what he achieved by giving us the amazing capability we literally have at our fingertips to access and spread information. The very doctors and scientists who may develop cures for diseases like malaria will rely on the tools Microsoft supplies to conduct their research. Had Mr. Gates decided to step down from his company and turn to philanthropy sooner than he did, they might have fewer such tools.

While businesses may do more for the public good than they're given credit for, philanthropies may do less. Think about it for a moment: Can you point to a single charitable accomplishment that has been as transformative as, say, the cell phone or the birth-control pill? To the contrary, the literature on philanthropy is riddled with examples of failure, including examples where philanthropic efforts have actually left intended beneficiaries worse off. The Gates Foundation has itself acknowledged that one of its premier initiatives--a 10-year, $2 billion project to reorganize high schools around the country into schools with fewer than 400 students--was a complete bust. Good for them for admitting it. In that, they are unusual. In the failure, they are not.