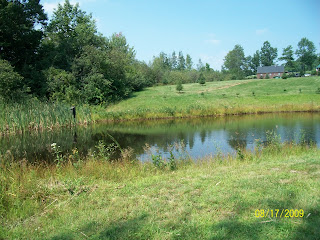 I love America. And I don't mean in a jingoistic sort of way.

Right now in golf the Americans are playing the International team. When the Americans make a putt, or the Americans win, you hear a chant of "USA, USA". I don't know why, but I don't like it. Maybe beause it sounds so shallow and rah rah ish.

Buy why am I really an American?

I will first make a confession. One that I'm not very proud of. In college I wrote a paper and I compared Reagan to Hitler. The same as many young people today (and oldsters too) compare Bush to Hitler.

I started to think more clearly as I got older. People like Dennis Prager had a great influence on my life.

Then 911 happened. And the demarcation was clearly drawn.

In comparing Western/American ideals to Islam made me realize how utterly beautiful is this document: The constitution of the United States. Separation of powers, freedom of speech, freedom to vote, equality, rights for the common man. This great document is not to be taken lightly. When I now read it, I cry. It's pure beauty. A goverment of the people, for the people and by the people.

We can look back and say: Look how whites enslaved blacks. How women weren't allowed to vote. Yes, America is not perfect, but America learns. Democracy grows.

To call America imperialist is so foolish. Look at America after WWII and the Marshall Plan. America has saved more Muslims than the muslim world. Bosnia, Kosovo, Kuwait, a few places I can think of.

America is a great country. I don't apologize for it. When it comes to "Right" of "Left", often we just disagree. But I do believe there are those on the Left that want to tear America apart. For some reason they despise our freedoms, they hate us. And yes, some even want us dead.

The Left can roll over and preach to us all about multi culturalism. It is my prayer that more and more freedom people of the world wake up.

God Bless America, I love you.

Email ThisBlogThis!Share to TwitterShare to FacebookShare to Pinterest
Labels: america