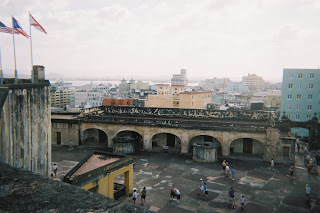 When I was a kid, and a young adult, my life was full of fun. Not anymore. I suppose I'm to put away childish things. When I was a kid I explored in the woods, played army, built treeforts, all kinds of stuff.

Now I don't play. When I go somewhere, it's not to do anything. It's to sit around and talk or drink. In fact that's why I think drinking plays such an important role in adult life. It gives us the feeling we're doing something. If it wasn't for drinking, life would really be boring.

Sportsbars aren't about playing sports. It's a place to go, drink, get drunk and high five your buddies because someone made a touchdown. That's about as far as the participation will go.

I grew up in Maryland and I had a pretty active life. I would say my relatives back there have a more active life than those in California. People around the US think CA is so cool. Surfer dudes, and all that crap. Fact is, most people in CA have never stuck foot in the ocean. People out here don't really do much, yet CA is the envy of the rest of the US.

Maybe I'm an adult, but I'm tired of not playing. I'm going to start to have more fun. Everyone now is at Anaheim watching the playoff baseball game, eating and having a few beers. I wonder how many of those people have ever even played a baseball game, or when the last time they played.

Fact is, most people, get up, drink their coffee, sit in traffic,go to work, sit in traffic some more, come home and watch TV. Then for entertainment, we go out to a restaurant. This is what it means to have fun.

Email ThisBlogThis!Share to TwitterShare to FacebookShare to Pinterest
Labels: Play