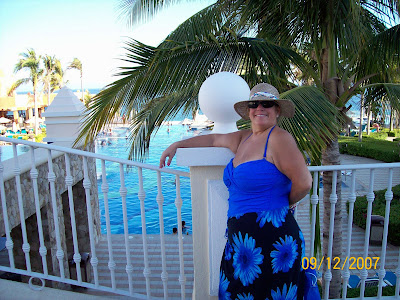 (MYFOX NATIONAL) - A couple who shared a 59-year love affair died on Saturday just moments apart from each other.

The Northwest Florida Daily News reports that James and Lolie Brackin met when he was 19 and she was 16 and they married later the same year. They went on to have four daughters. Their youngest daughter, Dana Troublefield, told the Daily News that Lolie didn't like to go anywhere alone.

"They say when you die, you're immediately in the presence of Jesus," Troublefield said. "I think she got up there and said, 'Where's my husband?' And Jesus said, 'Just a minute. I'm working on that."

See photos of the Brackins

The Brackins' oldest daughter, Carol Gruver, said that James told her he was afraid of what would happen to Lolie when he died.

"He was just waiting for her to go home to heaven so he could go with her," Gruver said.

Over the past few years, both James and Lolie saw their health decline. James was blind and suffered strokes. Lolie had been in and out of a nursing home. The week before they died, James joined Lolie at the nursing home where he was put in the same room as Lolie. The Daily News reports that they spent one night together and even had breakfast together on Saturday morning.

Lolie had told the nurse that morning that she felt different on Saturday and that she thought she was going to die. Shortly thereafter, a nurse found that Lolie wasn't breathing. Then just moments later, James passed away. The doctor said that it was likely shock that killed James.

"We're going to miss them terribly, but we're glad this happened the way it did," Gruver said. "He was waiting. It's a good thing that he was in the room when she passed."

In July another couple proved they were the product of true love when they were reunited and married after a love letter written 10 years ago was found.

My wife, when I pass, already has her ticket booked for Cabo. She told me, "that's heaven". Who am I to argue.

She told me she'll also be bringing a surprise guest.

I'm so lucky, she always thinks of me.