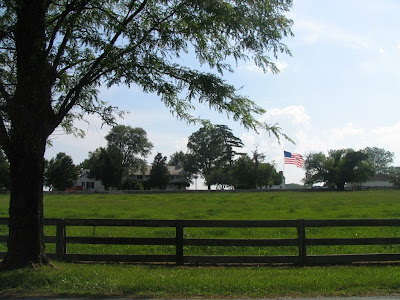 Let’s have an inquisition

Al Gore and others declared long ago that the debate over global warming was over — that it was accepted science, and that all those ignorant enough to defy them were “deniers,” akin to those who doubt the existence of the Holocaust. Unfortunately — despite the nifty ad hominems — the flatearthers refuse to adhere to dogma, especially in light of the so-called “Climategate” scandal. Society must deal with these people in the same manner society in the past dealt with those who challenged science: through an inquisition.

Like today, in the early seventeenth century there was an inconvenient truth — the truth of geocentricism — the belief that the earth is the center of the universe. It was accepted science since the days of Ptolemy and was beyond debate. That is, until a denier named Galileo Galilei advanced Copernicus’ heliocentricism — the belief that the sun is actually the center of the universe — through his book, Dialogue Concerning the Two Chief World Systems.

This could not stand. Nor did it.

Pope Urban VIII — the Al Gore of his day, whose truths were infallible and irrefutable, and who should also be admired by progressives of today for his ban on smoking — ordered Galileo in front of the Inquisition, where he admitted that the earth can’t move (notwithstanding the rumor that he muttered “And yet it moves” under his breath as he did.)

The same mechanism that shut up the heliocentrics can also shut up their modern-day equivalents.

Man-made global warming is true. In spite of the more than 700 scientists who doubt it, and in spite of Climategate, where the Hadley Climatic Research Unit at the University of East Anglia courageously falsified data, lied, and suppressed facts in the name of truth.

And everyone must believe this truth, or there will never be the consensus necessary to save the world by destroying its economy. That is why those who refuse to accept the truth should forthwith be brought in front of an inquisitional tribunal, comprised of the New York Times editorial board and under the jurisdiction of one of the countless United Nations judicial bodies.

Like with the tribunals of old, trials will be swift, and justice merciful. Those heretics convicted of crimes against environmental thought will be given ample opportunity to recant their errors (with careful monitoring of their testimony to ensure that no one mutters “And yet it cools” under their breath.)

But if anyone persists in denial of what is so obviously true, they must, unfortunately, be consigned to the flames. Of course, such immolation will be conducted in an air tight chamber, so as to not allow any of the miscreants’ carbons to enter the atmosphere. For, even in death, they cannot be allowed to contribute to the earth’s warming.