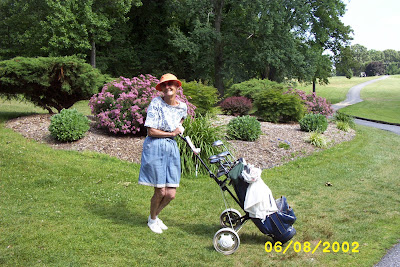 Let me use a golf analogy. Around the green, but not on the green, it is standard to use a wedge to hit the ball close to the pin. Most amateurs use this strategy and fail.

But the reality is that the wood club is so much easier to hit. In fact it’s almost impossible to not hit the ball properly. The alternative is the wedge. The wedge is what is used by the pros in almost all cases. But of course they practice all the time and they are quite adept at using that club. The amateur will often hit the ground first with the wedge or hit the ball thin causing the ball to go way past the hole.

So yesterday while playing golf, I dropped numerous balls around the fringe of the green and used a wood instead of a wedge. Not only was the shot making less stressful, but I was consistently closer. It was once a difficult shot, now it’s an easy shot.

Now not every shot was close to the hole. But even so, they were still acceptable shots. Now when I play in competition, I’ll be using the wood instead of the wedge to do these shots. And possibly this will lead to the chagrin of my playing partners.

Even if I hit one or two bad shots doesn’t mean I need to abandon my new found way of playing certain golf shots. Most likely I’ll hit bad shots with this new way of doing it. What I must do is have the faith to work through the bad shots and not abandon my new discovery.

So in life we may find a new way of doing something. And it may appear incongruent, but it works. What we need to do is have the courage to follow through on our new path even though we may fail.