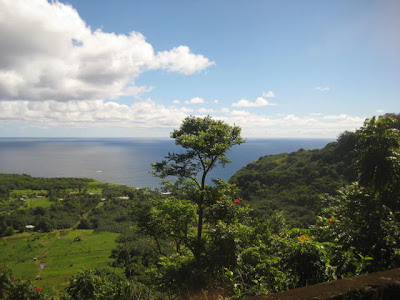 Before you read this article, I'd like to remind you that even though Obama received the most support from Jews than any other group besides Blacks, in Israel only 4% think Obama is good for their country. How the Jews did not see the writing on the wall when voting for Obama is beyond me. I fully support Israel and her people. But it angers me to see the Jews support a man with Obama's beliefs.

Krauthammer Is Right on Terror

Recently I read what I believe to be the very best column I've seen criticizing President Obama's attitude and strategy in the war against Islamic terrorism. The column was written by Charles Krauthammer and entitled "War? What War?" I will be making references to his arguments.

In 2004, I supported George W. Bush for a second term as president because I believed that the most important issue facing the United States was the threat posed by Islamic terrorism, a life or death issue. Even though I did not agree with President Bush on a single domestic issue, I nevertheless supported him because I believed the Democratic candidate, John Kerry, took positions that were not adequate for the struggle ahead.

Moreover, I believed the Democratic Party was not up to the responsibility to protect America and its allies from those in al-Qaida and the Taliban who had made clear they were committed to murdering every Christian, Jew, and Hindu who refused to convert to Islam or pay tribute. I have no regrets in having taken that position.

When the choices for President were presented in 2008, the candidates being Barack Obama and John McCain, I chose to support Barack Obama, who called me on the telephone to say that if I had any questions on his positions on different issues, he was ready to answer them.

I told candidate Obama that he did not have to worry about me and the decision I would be announcing. He immediately asked would I go to Florida and campaign for him in the large Jewish community in that state. I said I would and I did.

I also campaigned for Obama in Pennsylvania and New Jersey. The Jewish vote for Barack Obama was 75 percent of the votes cast by U.S. Jews, the second highest ethnic and racial vote cast, the first being that of African-Americans.

I hasten to add the size of the Jewish support had nothing to do with me. The Jewish community is overwhelmingly liberal and could not abide the thought of domestic issues being ill-served by another Republican administration.

I discovered when I went to Florida, Pennsylvania, and New Jersey that those Jewish communities had already made up their mind and needed no sales pitch from me.

I told this to Sen. Obama at the Alfred E. Smith dinner where he appeared with Sen. John McCain shortly before the election. He was generous in his praise of my efforts on his behalf, but I knew those efforts were not needed to secure his victory.

Parenthetically, I should note the last time I spoke with the president was when he called me at the New York-Presbyterian Hospital where I stayed for five weeks in the intensive care unit recovering from the effects of a quadruple bypass and complications.

I appreciated the president's call, as I did a similar call from former President Bill Clinton. Former President George W. Bush did not call. I told President Obama that his call would undoubtedly result in an upgrading of my room. We did not discuss affairs of state.

Now to the Krauthammer column. He opens with a knockout punch, quoting Homeland Security Secretary Janet Napolitano saying "the system worked" when Umar Farouk Abdulmutallab, a Nigerian Muslim terrorist, was apparently used by al-Qaida in an attempt to bring down an American airliner with 288 people on board, over Detroit.

I won't cite all of the facts as to why the system, in fact, did not work and how lucky we were that a Dutch passenger tackled and restrained the terrorist. Why haven't we honored that brave civilian? And why haven't we publicly shown appreciation to the two police officers who risked their lives to take down the Fort Hood Muslim terrorist, Major Nidal Hasan, before he could kill and maim others?

Krauthammer makes a telling point when he writes, "The reason the country is uneasy about the Obama administration's response to this attack is a distinct sense of not just incompetence but incomprehension.

From the very beginning, President Obama has relentlessly tried to downplay and deny the nature of the terrorist threat we continue to face. Napolitano renames terrorism "man-caused disasters." Obama goes abroad and pledges to cleanse America of its post-9/11 counterterrorist sins. Hence, Guantanamo will close. CIA interrogators will face a special prosecutor, and Khalid Sheik Mohammed will bask in a civilian trial in New York - a trifecta of political correctness and image management."

Krauthammer goes on to point out that the president has made a point of banishing the phrase "war on terror." The President's initial statements following the act of terrorism over Detroit were tepid, referring, as Krauthammer notes, to Abdulmutallab as "an isolated extremist."

On the third day, apparently recognizing the inadequacy of his earlier comments, he referred to the incident as potentially "catastrophic," and the lack of adequate security measures as "systemic." In my opinion, after the president finally recognized the gravity of the situation he should have flown home from his vacation in Hawaii.

Krauthammer ended his column with another knockout punch, writing, "Any government can, through laxity, let someone slip through the cracks. But a government that refuses to admit that we are at war, indeed, refuses even to name the enemy - jihadist is a word banished from the Obama lexicon - turns laxity into a governing philosophy."

Mr. President, I hope you read the Krauthammer column. It is not too late for you to recover from the setbacks you suffered in the year just ended. Your commitment to battling Islamic terrorism led by al-Qaida, which has a presence in an estimated 62 countries, must be believably reaffirmed with both words and deeds.

You should not hesitate to denounce and take appropriate diplomatic, economic, and military action to punish those states that permit jihadists to flourish and train on their soil and ultimately attack the United States.

Also, reverse your position on Guantanamo and try enemy combatants in military courts.

Moreover, it is not enough to talk about energy independence. We should be told by your energy secretary what progress has been made on a quarterly basis with a press conference for follow-up questions.

Democrats have been seen as inadequate in the area of national security. If that perception continues or grows, we will see not only the normal loss expected in a bi-annual congressional election, but a rout with the Republicans taking both Houses in November of this year.

Mr. President, there is a war on, not a police action. Tell the American people and the world that we are at war so we can muster all our resources to fight it and win.