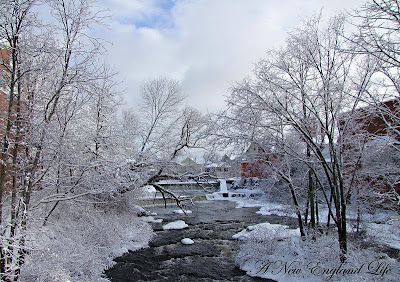 From the blog of Andrew Neil

The bloggers are all over the UN IPCC 2007 report, the bible of global warming, which predicted all manner of dire outcomes for our planet unless we got a grip on rising temperatures -- and it seems to be crumbling in some pretty significant areas.

The dam began to crack towards the end of last year when leaked e-mails from one of the temples of global warming, the Climate Research Unit at the University of East Anglia, suggested that a few sleights of hand were being deployed to hide facts inconvenient to the global warming case. An official investigation into these e-mails is on-going.

But the flood gates really opened after the IPCC had to withdraw its claim that the Himalayan glaciers would likely all have melted by 2035, maybe even sooner.

This turned out to have no basis in scientific fact, even though everything the IPCC produces is meant to be rigorously peer-reviewed, but simply an error recycled by the WWF, which the IPCC swallowed whole.

The truth, as seen by India's leading expert in glaciers, is that "Himalayan glaciers have not in anyway exhibited, especially in recent years, an abnormal annual retreat."

So the 40% of the world's population that relies on the seven major river systems supplied by these glaciers can sleep a little more soundly in the knowledge that their water won't run out in 25 years after all.

Then at the weekend another howler was exposed. The IPCC 2007 report claimed that global warming was leading to an increase in extreme weather, such as hurricanes and floods. Like its claims about the glaciers, this was also based on an unpublished report which had not been subject to scientific scrutiny -- indeed several experts warned the IPCC not to rely on it.

The author, who didn't actually finish his work until a year after the IPCC had used his research, has now repudiated what he sees has its misuse of his work.

His conclusion: "There is insufficient evidence to claim a statistical link between global warming and catastrophe loss."
Yet it was because of this -- now unproved -- link that the British government signed up to a $100 billion transfer from rich to poor countries to help them cope with a supposed increase in floods and hurricanes.
It was also central to many of the calculations in Britain's Stern Report, which might now need to be substantially revised.

Now after Climate-gate, Glacier-gate and Hurricane-gate -- how many "gates" can one report contain? -- comes Amazon-gate. The IPCC claimed that up to 40% of the Amazonian forests were risk from global warming and would likely be replaced by "tropical savannas" if temperatures continued to rise.

This claim is backed up by a scientific-looking reference but on closer investigation turns out to be yet another non-peer reviewed piece of work from the WWF. Indeed the two authors are not even scientists or specialists on the Amazon: one is an Australian policy analyst, the other a freelance journalist for the Guardian and a green activist.

The WWF has yet to provide any scientific evidence that 40% of the Amazon is threatened by climate change -- as opposed to the relentless work of loggers and expansion of farms.

Every time I have questioned our politicians about global warming they have fallen back on the mantra that "2,500 scientists can't be wrong", referring to the vast numbers supposedly behind the IPCC consensus.

But it is now clear that the majority of those involved in the IPCC process are not scientists at all but politicians, bureaucrats, NGOs and green activists.

They may -- or may not -- still be right or wrong but what has become clear in the past couple of months is that, contrary to what many leaders have claimed, the science as promulgated by the IPCC is very far from "settled" and that there are important questions still to ask. The mainstream media has been slow to do this.

The bloggers, too easily dismissed in the past, have set the pace with some real scoops -- and some of the mainstream media is now rushing to catch up.

The sceptics may be about to get their first scalp. Rajendra Pachauri, the IPCC chairman often wrongly described in the media as the world's leading climate scientist (he's actually a railway engineer), at first attacked those who questioned the IPCC's alarming glacier prediction as "arrogant" and believers in "voodoo science".

He's since had to retract the prediction but can't quite manage an apology -- and is now under mounting pressure in his Indian homeland to resign.