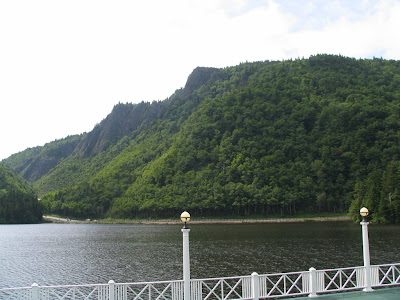 The details of 'glaciergate' (for reference, see my post last night) keep coming out and they are more than disturbing. In an interview Dr. Murari Lal, the scientist behind the bogus claim that the Himalayan glaciers would be completely melted by 2035, comes clean admits that the statement was an outright fabrication.

The scientist behind the bogus claim in a Nobel Prize-winning UN report that Himalayan glaciers will have melted by 2035 last night admitted it was included purely to put political pressure on world leaders.

Dr Murari Lal also said he was well aware the statement, in the 2007 report by the Intergovernmental Panel on Climate Change (IPCC), did not rest on peer-reviewed scientific research.

In an interview with The Mail on Sunday, Dr Lal, the co-ordinating lead author of the report's chapter on Asia, said: 'It related to several countries in this region and their water sources. We thought that if we can highlight it, it will impact policy-makers and politicians and encourage them to take some concrete action.

'It had importance for the region, so we thought we should put it in.'

Emphasis mine. This isn't the first time we've heard of this approach. The former leader of Greenpeace Leipold defended the exaggerated claims of polar ice melt with similar reasoning.

Although he admitted Greenpeace had released inaccurate but alarming information, Leipold defended the organization's practice of "emotionalizing issues" in order to bring the public around to its way of thinking and alter public opinion.

It would seem that some tried to stop the inclusion of the fanciful claim in the report.

Last week, Professor Georg Kaser, a glacier expert from Austria, who was lead author of a different chapter in the IPCC report, said when he became aware of the 2035 claim a few months before the report was published, he wrote to Dr Lal, urging him to withdraw it as patently untrue.

Dr Lal claimed he never received this letter. 'He didn't contact me or any of the other authors of the chapter,' he said.

The damage to the IPCC's reputation, already tarnished by last year's 'Warmergate' leaked email scandal, is likely to be considerable.

The last point there is particularly important. This scandal is completely separate from climategate. Think about the scope of what has been discovered. And then think about how the MSM has failed to cover it much, if at all. Your average American, your average person worldwide is likely still only vaguely aware of either event. Their belief that we are in imminent danger of death and destruction from rising oceans due to catastrophic ice melt is still safe and secure. I can only hope as the evidence mounts the media will have no choice but to report on it and these so-called world leaders will forced to acknowledge it.