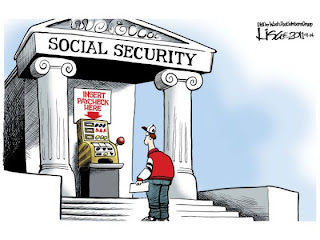 But that such lowlifes have risen up in a time of trouble (a time whose troubles have been so badly exacerbated by the left-wing policies of the current administration) is no surprise. What is more depressing is the support they are receiving not only from this desperate failure of a president and his fellow travelers but from any number of ordinary liberals and Democrats who feel OWS expresses a vital and proper anger against the powers that be. This is nonsense. The fact that Wall Streeters have given more money to Obama than to all the GOP candidates combined should be a dead give-away that the true voice of protest in this country, the true opposition to the current cronyism between Washington, D.C. and Wall Street, is the peaceful, non-racist, liberty-loving Tea Party, which these same liberals despise.