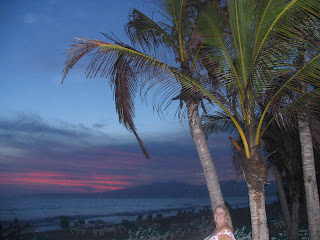 What do you do if you can’t run on your record — on 9 percent unemployment, stagnant growth and ruinous deficits as far as the eye can see? How to run when you are asked whether Americans are better off than they were four years ago and you are compelled to answer no?

Play the outsider. Declare yourself the underdog. Denounce Washington as if the electorate hasn’t noticed that you’ve been in charge of it for nearly three years.

But above all: Find villains.

Didn’t work. Sounds plaintive, defensive. Lacks fight, which is what Obama’s base lusts for above all.

In Obama’s telling, it’s the refusal of the rich to “pay their fair share” that jeopardizes Medicare. If millionaires don’t pony up, schools will crumble. Oil-drilling tax breaks are costing teachers their jobs. Corporate loopholes will gut medical research.

It’s crude. It’s Manichaean. And the left loves it. As a matter of math and logic, however, it’s ridiculous. Obama’s most coveted tax hike — an extra 3 to 4.6 percent for millionaires and billionaires (weirdly defined as individuals making more than $200,000) — would have reduced last year’s deficit (at the very most) from $1.29 trillion to $1.21 trillion. Nearly a rounding error. The oil-drilling breaks cover less than half a day’s federal spending. You could collect Obama’s favorite tax loophole — depreciation for corporate jets — for 100 years and it wouldn’t cover one month of Medicare, whose insolvency is a function of increased longevity, expensive new technology and wasteful defensive medicine caused by an insane malpractice system.

After three years, Obama’s self-proclaimed transformative social policies have yielded a desperately weak economy. What to do? Take the low road: Plutocrats are bleeding the country, and I shall rescue you from them.

Problem is, this kind of populist demagoguery is more than intellectually dishonest. It’s dangerous. Obama is opening a Pandora’s box. Popular resentment, easily stoked, is less easily controlled, especially when the basest of instincts are granted legitimacy by the nation’s leader.

Exhibit A. On Tuesday, the Democratic-controlled Senate passed punitive legislation over China’s currency. If not stopped by House Speaker John Boehner, it might have led to a trade war — a 21st-century Smoot-Hawley. Obama knows this. He has shown no appetite for a reckless tariff war. But he set the tone. Once you start hunting for villains, they can be found anywhere, particularly if they are conveniently foreign.

Exhibit B. Democratic Sen. Dick Durbin rails against Bank of America for announcing a $5-a-month debit card fee. Obama echoes the opprobrium with fine denunciations of banks and their hidden fees — except that this $5 fee is not hidden. It’s perfectly transparent.

Yet here is a leading Democratic senator advocating a run on a major (and troubled) bank — after two presidents and two Congresses sunk billions of taxpayer dollars to save failing banks. Not because they were deserving or virtuous but because they are necessary. Without banks, there is no lending. Without lending, there is no business. Without business, there are no jobs.

These indignant indolents saddled with their $50,000 student loans and English degrees have decided that their lack of gainful employment is rooted in the malice of the millionaires on whose homes they are now marching — to the applause of Democrats suffering acute Tea Party envy and now salivating at the energy these big-government anarchists will presumably give their cause.

And then what? Haven’t gotten that far.

No postprandial plans. But no matter. After all, this is not about programs or policies. This is about scapegoating, a failed administration trying to save itself by blaming our troubles — and its failures — on class enemies, turning general discontent into rage against a malign few.

From the Senate to the streets, it’s working. Obama is too intelligent not to know what he started. But so long as it gives him a shot at reelection, he shows no sign of caring.