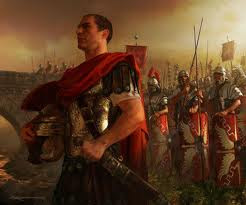 Two of my favorite political commentators are Charles Kruthammer and Victor Davis Hanson. VDH's articles stretches out my brain and makes me learn. Just for that alone VDH is a joy to read. But even better is the VDH is right. Below is VDH's latest article:

The Parting of the Clouds

In every literary, historical or cinematic masterpiece, times must grow darkest before the sunrise and deliverance. Tolkien worked that classical theme to great effect. A sense of fatalism overtook a seemingly doomed Gondor — right before the overthrow of Barad-dûr and the dawn of a new age of men. The historian Herodotus, in literary fashion, also brilliantly juxtaposed the Greek collapse at Thermopylae (the Spartan King Leonidas’ head impaled on a stake), and the Persian firing of an abandoned Athens, with Themistocles’s sudden salvation of Western civilization at Salamis. In the classic Western film, hopelessness pervades until out of nowhere a Shane rides in.