From Robin, Letter To Editor 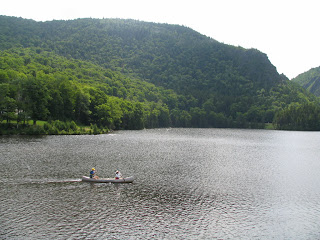 This is from someone whom I'm proud to call a friend:

Currently, 75% of Republicans support a candidate other than Mitt Romney. The primary reason is that we question whether or not Romney is a true conservative. Most adults evolve and mature so I will give Romney the benefit of the doubt that he has morphed into a constitutional conservative. (After all, I was once a Democrat and realized the error of my way.)
It’s very frightening watching the news and seeing the widening divide between liberal and conservative values. People who attend tea party rallies want to return America to her shining glory where opportunity is available for those willing to work hard and be accountable. They want a government that lives within its means, just as they do at home. Moreover, they want secure borders to protect us from illegals seeking to take American jobs, health care and education or terrorists wanting to take American lives. Tea Partiers sing patriotic songs and baste in the glory of America’s exceptionalism. These events are peaceful. In the thousands of tea party rallies held over the years, there were few, if any, arrests.
Compare this to the occupying rallies where everyone is there for an entirely different reason but all of them have a grand sense of entitlement. There is no coherent message and many admit they are at the rally for the free food and pot. Some have admitted they are being paid to show up. A few speakers are now encouraging violence to attain their goals – it’s on video. The occupiers march in front of homes of successful people, preferring that America lower its standards so everyone can be equally poor. These events have resulted in hundreds of arrests by occupiers failing to listen to the police.
Like many conservatives, I believe the only way to save America is by electing fiscal conservatives – from the Oval Office to Congress to local elected officials. Mitt Romney may never be my first choice but if he is nominated, he will get my vote because a second Barack Obama term will destroy America. I predict that in November 2012 Republicans will get the vote of many Democrats who have no desire to switch parties but admit Obama is great at only one thing: campaigning. Americans will come together at the ballot box and elect a Republican president and a Republican Congress. Only then will the economy improve because the American people will have confidence that better days will return.
Sincerely,
R. Marlena Bricker
Cypress CA