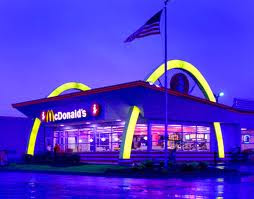 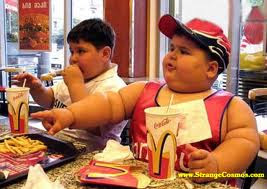 When I was a kid in the early 60s, nothing was better than going to McDonalds's. Along with Dad and Mom, my brother sister and I loaded up in the 53 Pontiac and headed across town to the only McDonald's in the area. I'd get a plain hamburger and start with 3 orders of fries. The fries back then were cooked in lard. It was the best meal and great memories I have as a child.

McDonald's didn't know any better in their early days. There is no question that by eating McDonald's food, it contributed to my cardio vascular disease (CVD). Have I seen it to know that I have CVD, no. But I do. And you do too. If you live in America, and you eat what everyone else eats in this country, you have CVD. The largest study ever in young children is the Bogalusa Heart Study. And what the study has done is taken children and performed autopsies and have shown that CVD starts as young as 2. Many don't realize that in Western countries, heart disease starts early. In fact, many believe when a heart attack occurs, it just happens and the victim just keels over and dies. No, the ground work was laid many, many years before.

In both the Korean and Vietnam wars autopsies were done on a few of our soldiers. It was found that 77% showed signs of CVD, while the other side showed none.

So tonight I went for a ride on my motorcycle and stopped in McDonald's just to observe. In comes a couple with an 8-9 year old girl. Both father and mother are obese, young mother weighing between 250-300 pounds. He proceeds to clean the fish tank and the family is given free food--large hamburgers, mcnuggets for the daughter, large fries, sodas, milkshake, and cookies. Then I watched as the stickers were pulled off the merchandise to play the monopoly game. The woman opens up this paper and her game is completely covered with stickers.

When I observe this I think McDonald's didn't know they were contributing to my heart disease when I was a child. Just like the interview I remember of Ray Kroc on the David Suskind Show smoking cigarettes--he probably didn't know at that time that smoking was dangerous to his health.

But now we know. We know that these foods that are being consumed in McDonald's are causing CVD. The evidence is irrefutable. And the owners of these franchises must know.

McDonald's, I salute you. You've fed me many good meals at a very good price. But take a step back, look past the profits, and look at the research. There can be no doubt you are a contributor to the obesity epidemic and much of the needless suffering this country is now facing.