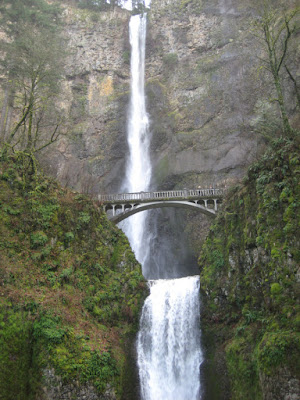 The Conscience of a Florida Conservative From Wall Street Journal

"They voted for somebody they'd never heard of in Barack Obama because he ran on the platform of a very devoted centrist."

That's the answer from Marco Rubio when asked about his stunning rise to national prominence as a Republican challenger to a popular Republican officeholder in the key electoral state of Florida. Underlying this strange political season, says Mr. Rubio, is the president's rapid uncloaking in office as anything but the postpartisan that voters thought they had elected.

"Within weeks," says Mr. Rubio, "he began trying to implement what appears to everyone else to be the left-of-center politics of the last 50 years, but in a much more aggressive way, using the excuse of a severe economic downturn as justification for growing and in essence redefining the role of government in America."

The 38-year-old former Florida Speaker of the House is a bundle of energy. He rushes in late from dropping his car off at the shop and is due to pick up his kids from school soon. He talks fast and taps his toe even faster. He's challenging Florida Gov. Charlie Crist in the Republican primary to fill the seat of retiring Sen. Mel Martinez, and his ascent has caught a lot of people by surprise.

Mr. Crist, a popular and successful governor, was considered the heavy favorite. He had been on John McCain's vice presidential short list. He had no trouble collecting Republican establishment endorsements for his Senate bid: the National Republican Senatorial Committee, Senate Republican Leader Mitch McConnell, Sens. Jon Kyl, John Cornyn and Lamar Alexander, to name a few.

Mr. Rubio nods when I mention his former longshot status. "When I got into this race, I understood that all the traditional metrics of politics were against us. Name recognition, money, trappings of office, connections, endorsements, you name it.

"Obviously, things have happened outside of our control since then," he smiles.

With a now-infamous photo of Mr. Crist embracing President Obama during a visit in February 2009, Mr. Crist put himself on the wrong side of the tea party wave that was building. Mr. Obama had come to Florida to sell his stimulus plan, and Mr. Crist's hug was easily portrayed as embracing a new, unwanted era of super big government.

What followed was a wave of revulsion that has propelled Mr. Rubio to the status of a new GOP up-and-comer. Some have suggested if Mr. Rubio beats Charlie Crist—recent polls have him leading by 18 to 32 points—it would lead to civil war in the Republican Party. The winner then would be the Democrat in the race, Rep. Kendrick Meek, who could portray Mr. Rubio as a creature of the far right in a state that's relatively moderate on social issues and strongly concerned with bread and butter right now.

Mr. Rubio says he won't shy away from social issues if asked. He is pro-life and says he would support a Senate filibuster of a Supreme Court nominee under some circumstances. But his campaign is staking out an updated version of the Reagan agenda. "We're focused on jobs and national security," he says, "because those are the great and profound national issues of our moment and that's what 95% of our campaign is based on."

Front and center is the idea that, fiscally, the federal government is running off the rails. That Washington should be "taking borrowed money to fund the general operation of government," he says, "and that somehow the government will build so many roads and bridges that everyone will have a job for the next 30 years is absurd."

Which leads to Job One: To get spending under control in Washington, Mr. Rubio would support a constitutional amendment to balance the budget, something Florida already has in place. "I don't care whether Republicans or Democrats are in charge," he says. "If you allow politicians to spend money, they'll do it."

***
Entitlement reform is next. "I know . . . people don't like to talk about it," but Mr. Rubio says the country has to look at changing the Social Security system for people who are 10 or more years away from retirement age. "Privatization of the accounts has come and gone," he says. "There are other alternatives, such as [raising] the retirement age, how you adjust payments in the future, 'need' measures, et cetera."

Part and parcel is authoring a new tax code "that creates a competitive environment in America." This means lowering rates on capital gains and reducing the corporate tax rate from 35% to at most 25%, which Mr. Rubio notes is the European average. "Even the president admitted the corporate tax rate is too high," he says.

What Mr. Rubio is talking about is an economic confidence agenda to convince Americans and the world that this country isn't incapable of dealing with its debts except through inflation and job-killing tax hikes. "The bottom line," he says, "is that jobs in America are created by people who . . . decide to start a business or expand an existing business." They will do so only if allowed to keep what they earn and don't have a "big target on their back for the government to come after them for higher taxes."

Mr. Rubio says that for all Mr. Obama and his Democrats talk about "reform," they aren't promoting reform as a way of mastering the government's unaffordable commitments. Their idea of reform is to enlarge those commitments, starting with ObamaCare, a massive new entitlement for the non-needy middle class.

Democrats have effectively decided to save until later the problem of how to pay for it all—though the answer is not a secret. It's a European-style value-added tax that would let the government permanently ratchet up its share of GDP. "I don't know if it's a short term goal but it's one the left has had for a long time," Mr. Rubio says of the VAT.

America's swelling debts, he says, will trigger a demand by global lenders that "America do something, either cut spending, which will be increasingly painful as government becomes a bigger and bigger part of the economy, or find sources of revenue." Then, amid a crisis, Democrats will force voters to accept a VAT or see dramatic cuts to Social Security and Medicare just as the baby boomers are entering retirement.

In Florida, Mr. Crist has accused Mr. Rubio of supporting an increase in the sales tax, a charge that Mr. Rubio calls "absurd" and "intellectually dishonest." The plan was a net tax cut, he says, which "basically eliminated the property tax and replaced it with a revenue-neutral consumption tax, 30% of which was paid by non Floridians entering the state." Mr. Crist supported a similar tax-swap plan from the Florida Taxation and Budget Reform Commission.

Gov. Crist's campaign has also gone after Mr. Rubio for double billing state taxpayers and the Republican Party of Florida for eight flights while he was speaker of the house, a screw-up Mr. Rubio calls an "unfortunate" but honest error.

A few weeks ago, former Florida Gov. Jeb Bush finally broke his silence in the Crist-Rubio battle. He called Mr. Crist's support for the Obama stimulus spending bill "unforgivable" and a "mistake," saying the bill was more about advancing a permanent left-wing agenda than meeting an economic emergency.

It's been a long time coming for those who consider Mr. Rubio to be Jeb Bush's ideological heir. At Mr. Rubio's swearing in as Florida house speaker in 2006, Mr. Bush told a story about "Chang the mystical warrior" of conservative causes before presenting Mr. Rubio with a golden "sword of the conservative warrior."

From the popular two-term governor, Mr. Rubio says he learned that policy has to come from principle. "You're going to get criticized. You're not always going to please everybody," he says. But "even people who disagree with you will ultimately respect the fact that they knew where you stood."

In contrast, voters are increasingly bewildered about where Mr. Obama stands. One day they hear that his health-care plan is a mere tweak that would let them "keep what they have." The next, they hear the bill is a 2,000-page monstrosity that would cost trillions of dollars and remake some 15% to 17% of the economy.

Mr. Rubio says the rebellion goes deeper than free-marketers objecting to a massive governmental intervention in the economy. Voters feel like they've been betrayed by their leaders: "You have leaders saying, 'We know you hate this . . . but we're going to force it down your throat because it's good for you.' It's almost an elitist attitude toward the American people . . . that they [Mr. Obama and his policy allies] are smarter than the rest of us."

On national security, he adds, the Obama administration has been a "fiasco." By making unilateral demands on the Israeli government in regard to settlements, he says, the White House took away Israel's leverage and "sent a message that America is not as committed to Israel as it once had been."

Failing to "speak forcefully on behalf of the democratic opposition that tried to rise up in the aftermath of a fraudulent election in Iran" was another error, Mr. Rubio says. "Of course we didn't have any problem interfering with the sovereignty of Honduras a few months later," he notes, referring to Mr. Obama's objection to the removal of President Manuel Zelaya.

Securing the border is critical, Mr. Rubio says, but he also recommends that Republicans keep their nativist impulses in check to avoid hurting the party with Latinos, a good chunk of whom are natural GOP allies on growth and opportunity. The rhetoric of some Republicans on immigration "has created a problem," he says. "I don't think the Republican Party should be the anti-illegal immigration party. We should be the pro legal immigration party, and we need to do a better job of explaining that to people."

Mr. Rubio's fan base is similar to that of Sarah Palin, though Mr. Rubio, whose family immigrated from Cuba, gets more points for policy smarts. He's never met Ms. Palin but admires her political style: "I think she brings a level of real-life everyday sentiment that people identify with. . . . I think she energizes people."

Among both supporters and skeptics in the GOP, there's a sense that the two, along with Wisconsin Rep. Paul Ryan, are among the party's leaders of the future—and also a sense that after the Bush interregnum the fundamental soul of the GOP is Reaganite after all. Money has also begun pouring in to help level the playing field against the well-funded governor.

***
Mr. Rubio says that a Sarah Palin endorsement would be welcome and "a positive" at this point. But you also get a feeling he's one GOPer who doesn't need her blessing to prove he's a very different kind of Republican than those who soiled the party's brand during the Tom DeLay era. "Frankly, I think this party abandoned its roots and what made it successful," he says.

"Most Americans support the notion of limited government. When the Republican Party has been about those things, it's been successful," he says. "When it's been about anything else it's been unsuccessful."


Ms. Levy is a senior editorial writer at the Journal, based in Washington.