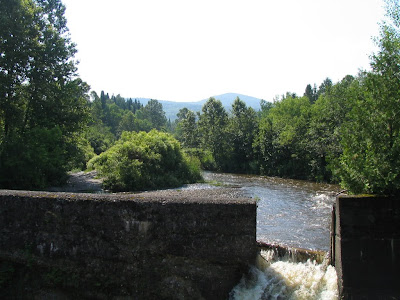 By Haris from California

A KFI AM radio listener from California sent us this great and telling email about the problems in Greece. This is a so honest and insightful we wanted to share it with our readers.

I am happy to have found a radio programme were the presenter is fully aware of the situation overseas and how it affects everyone. The situation in Greece is not a surprise to me. For years I have been listening to Greeks make fun of the ‘robot' workers in France, Belgium, The UK, Germany and of course Japan and Germany. The last two generations of Greeks (in Greece) have become very lazy as opposed to the Greeks residing in the rest of the world. The Greeks are quite successful once they leave Greece. The mentality in Greece is to praise the person which made their money through devious methods. They do not praise the person that made their money through hard work. I have witnessed this. Two gentlemen in their seventies at a Greek restaurant. One made his millions though hard work....they call him an idiot. The other gentleman made his millions though illegal activities......they praise him! This is one example of the Greek mentality.

Greece has more public servants that all of France! All parents in Greece want their children to get an education and get them into a public sector job. A public sector job includes the national airline....city employee....post office...etc. Even getting a position in private banks is a sought after position due to the job security which the very strong unions offer. The amount of strike actions in Greece is incredible. The banks and public servants work until early afternoon. Banks close at 1:30 daily. How can the country be considered open to business when banks close at 1:30 when it is 11:30 in London? Try conducting a bank transfer? Try paying employees or paying for goods.....no....its 1:30....Greece is closed now...everyone on siesta!

There are many new and continuing public projects in Greece. High speed rail. Great metro and over ground train networks. Airports and many new hospitals and the freeway network is doing pretty well. Great arteries throughout the nation and constantly expanding. Some things in Greece make California look like the third world. I could never understand how this is being financed. The Olympic Games are over....but the construction is moving forward at a frantic pace. All this in a country that does not use municipal financing (muni-bonds) or has any sort of property tax. For the past two hundred years as a nation there has been no property, inheritance or gift tax in Greece. Again the Greeks have been making fun of the situation overseas where everyone pays these taxes. I do in England and in the United States. Now it is coming as a great shock to the citizens of Greece. The Germans are demanding it happen immediately! The Germans are also pretty tough lately on Greece. The truth is coming out on what people are feeling. The rest of Europe can speak kindly of Greece but when the deep down truth comes out.....they will say things bluntly as what I have read in the media today. Germans are angry that Greeks get 13 to fourteen paycheques per year. They are angry that the German retirement age is 67 and in Greece it is 55 and in many cases my own friends have retired at 49 from public / banking positions with a $6000/month pension and a gift of $700.000. I have another friend that will soon do that also. You can see...I have no sympathy for the Greek system. I used to like the Mayberry lifestyle of Greece. It was calm and comfortable. The world has changed and Greeks still believe that they al deserve a BMW and a month off every year at the summer house. Life is really different in Greece! Even the most poor have summer homes. Boats, yachts....it has become a really decadent society.

One plus for Greece in this not to you is that maybe it is not all the fault of Greece. The country has a military that is one of the top five if not in the top three in yearly build up. They recently took possession of four new submarines which made the Europeans angry. The Greek airforce is roughly the same size as the French. The Greek navy is also very impressive. The Greek airforce recently took 13 out of fifteen over the US Airforce in competition in Texas recently. With this said......how can Greece not avoid massive debt if being a part of the European union it does not have a clear position from the EU as to the threat coming from the east? The Greeks are not given any security as to defense so it may be justifiable that Greece spends billions on it military. Maybe if the EU steps in and monitors the Aegean....the over flights into Greek airspace, then Greece can hold back on its military spending.

In a way I am glad this is happening. Bad things are happening here and all over the world. It is time for countries/business to make changes...clean house...get rid of waste (bad government and employees) and to bring things to a respectable level. I hope that Greece will come up to the task and to actually pressure the EU about the defense issue and to also change their ways and work hard and to not make fun of the hard workers of the world.