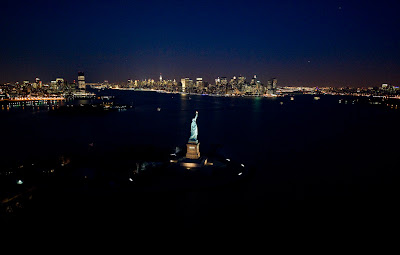 And so it goes:

Effective April 16, Walgreens drugstores across the state won't take any new Medicaid patients, saying that filling their prescriptions is a money-losing proposition — the latest development in an ongoing dispute over Medicaid reimbursement.

The company, which operates 121 stores in the state, will continue filling Medicaid prescriptions for current patients.

In a news release, Walgreens said its decision to not take new Medicaid patients stemmed from a "continued reduction in reimbursement" under the state's Medicaid program, which reimburses it at less than the break-even point for 95 percent of brand-name medications dispensed to Medicaid patents.

Walgreens follows Bartell Drugs, which stopped taking new Medicaid patients last month at all 57 of its stores in Washington, though it still fills Medicaid prescriptions for existing customers at all but 15 of those stores.

Doug Porter, the state's director of Medicaid, said Medicaid recipients should be able to readily find another pharmacy because "we have many more pharmacy providers in our network than we need" for the state's 1 million Medicaid clients.

He said those who can't can contact the state's Medical Assistance Customer Service Center at 1-800-562-3022 for help in locating one.

Along with Walgreens and Bartell, the Ritzville Drug Company in Adams County announced in November that it would stop participating in Medicaid.

Fred Meyer and Safeway said their pharmacies would continue to serve existing Medicaid patients and to take new ones, though both expressed concern that the reimbursement rate is too low for pharmacies to make a profit.

The amount private insurers and Medicaid pay pharmacies for prescriptions isn't the actual cost of those drugs but rather is based on what's called the drug's estimated average wholesale price. But that figure is more like the sticker price on a car than its actual wholesale cost.

Washington was reimbursing pharmacies 86 percent of a drug's average wholesale price until July, when it began paying them just 84 percent. Pharmacies weren't happy about that.

Then in September came another blow. The average wholesale price is calculated by a private company, which was accused in a Massachusetts lawsuit of fraudulently inflating its figures. The company did not admit wrongdoing but agreed in a court settlement to ratchet its figures down by about 4 percent.

That agreement took effect in September — and prompted a lawsuit by a group of pharmacies and trade associations that said Washington state didn't follow federal law in setting its reimbursement rate, and that that rate is too low. The lawsuit is pending.

Pharmacies that continue to fill Medicaid prescriptions at the current state reimbursement rate are "at risk of putting themselves out of business altogether," he said.